The Crash from Hell (and a Turner Park sighting) 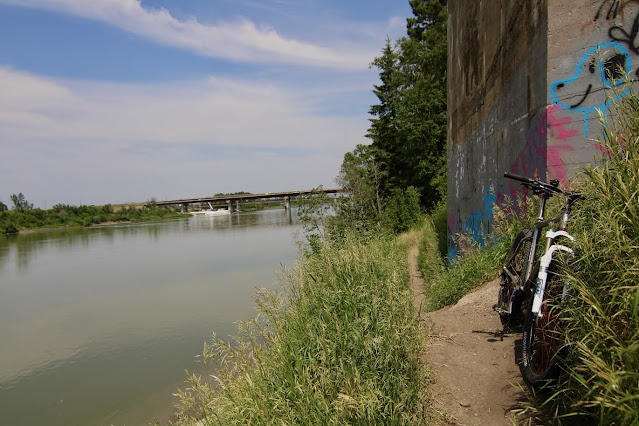 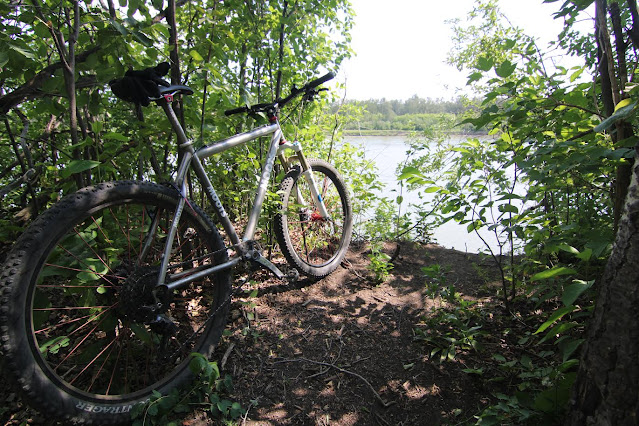 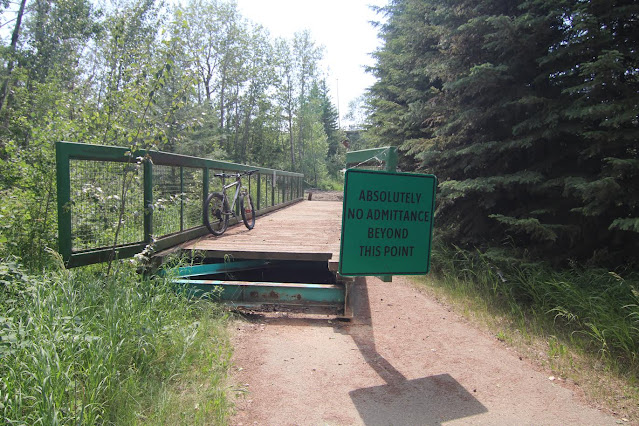 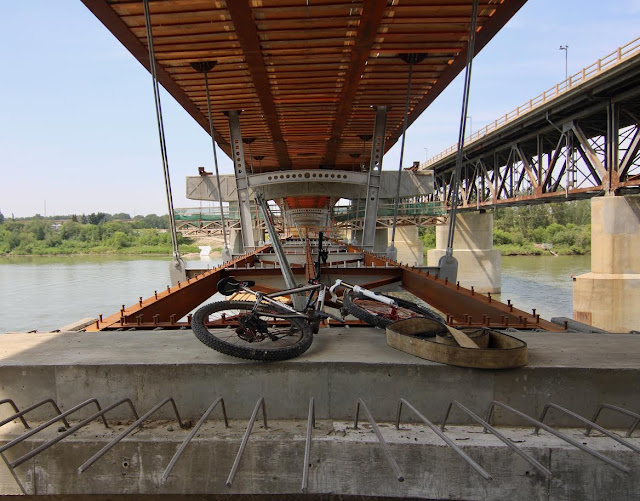 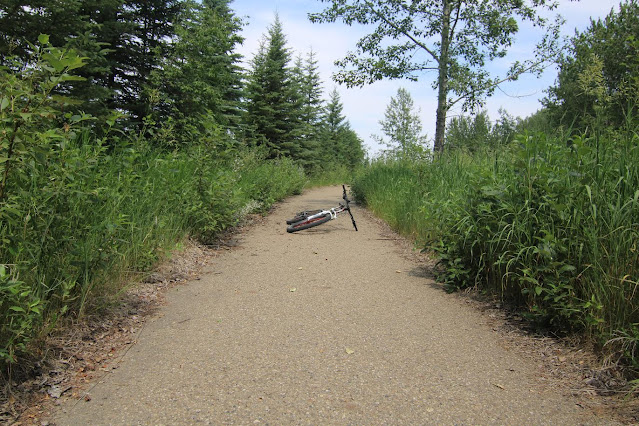 On a day that oddly didn't feel any cooler although certain members of the family insisted that it was Heaven outside I made it out to Fort Saskatchewan for a roll through empty trails which made the experience quite amazing.

Yes it was hot again, I believe it was over 30˚ for another day which pushes us up to a few in a row.. Or maybe some more. Records are breaking everywhere as this is rare for Alberta. Yes I know people are snickering in warmer climates reading this but I am Canadian and I do the cold, not the heat.

If you were snickering please come here in January for a few rides.

Boom! Bet you are regretting snickering now are you? See what I did there, I played a little classic human shitty territorial battle royale.

Not a soul was on the trails which is Lonebiker Euphoria. I parked at the boat launch sadly again.. I don't know why but I really hate it there. The new bridge looks very close to completion so it might not be long till rides from Turner Park will start again.

Did you say Turner Park? Hell yea I said Turner Park! I took the ignored Hidden Gold eastward and was happy to see evidence of high usage again. Phew! I was getting worried. Some new trail has been recently forged as sections of trail have fallen into the river. Again. A very good sign.

I blame the bridge construction which I paid a visit too and was rewarded with zero workers who must have shut down due to the heat. Immediately I thought of my work week where we did 14 hour days outside in the mine on a multi haul truck teardown. Yes, it was brutal.

I soon found the old school singletrack with the steep climb out and was in the Turner Park area. A quick loop through the campground and I was on the trails again. I snuck through the deserted work area and cruised all the way to the boat launch where I cruised through a busy staging area and was in the trees again where I needed to be.

Once on the westward trails the heat started to get to me. The loop came incredibly fast which was great and I wondered if the trail got shorter somehow. A quick coffee break in the shade and I was off.. Overheated and getting shaky I was glad I had a quick ride back to the vehicle. Or so I thought.

My pedal clipped an exposed root and I went down hard and landed on another root dead center of my thigh which felt like a hard knee to the mushy parts and I withered in pain for a bit. I tried walking it off and the sharp pain would not subside. A quick pep talk and I mounted my ride and rode out. The climbs and anything laborious was hard on the thigh. Luckily I was in Fort Saskatchewan.

I rode relatively well despite the leg and even passed a guy (gasp!) It is still in pain as I write this. The weird thing is there is hardly any mark. I didn't even bleed! Dang nam it!

This was identical to the wipeout that happened on this ride not too long ago. How strange..

To close this, the ride was all around amaze.