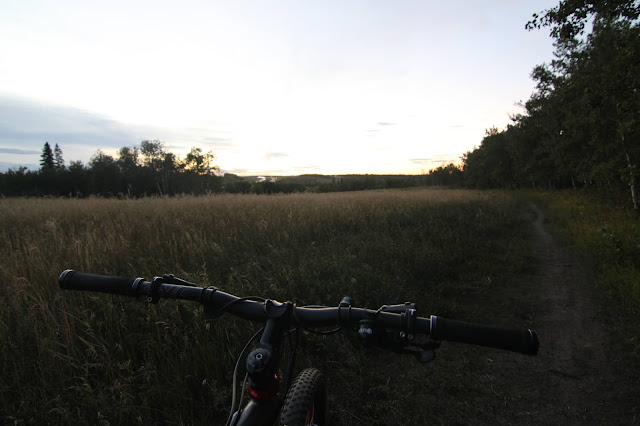 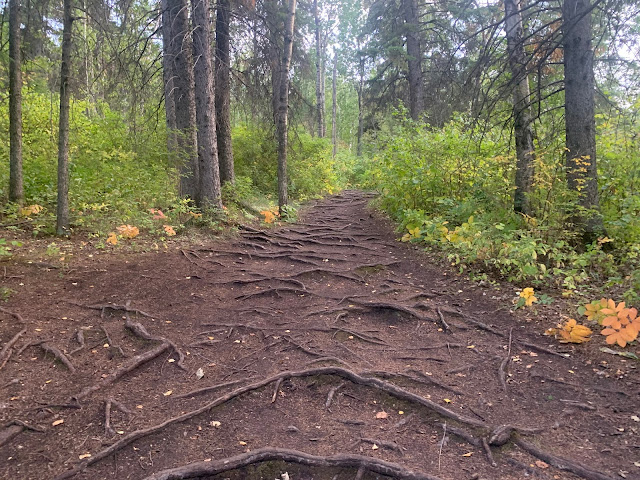 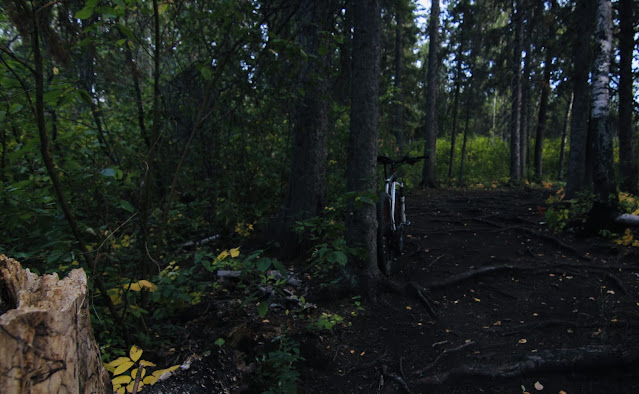 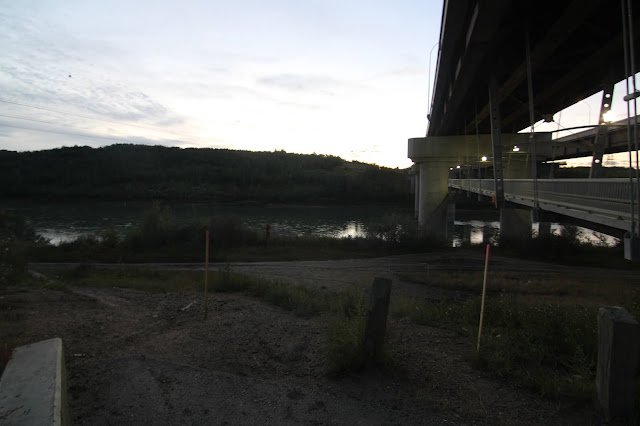 A rare night off had me wake up late in the afternoon and get ready for a ride through the land of the whites. Thank the long weekend for the surprise day off which I found out was optional to take off and quickly compared riding bikes to a gross sweaty shop.

It was a Fort Edmonton start and I immediately started the journey towards Terwillegar. Before I could smell the Starbucks I had to encounter a heavy load of people on the trails first on the outer Fort Ed multi use loop. Something I noticed tonight is that most people on the trails riding mountain bikes looked like it was their first year of riding. A lot of encounters happened once in the Oliskew area on the Pete's and that dumb log trail that I could never spell.

I crossed that sexy Terwillegar bridge and rode through the parking lot eventually because I make poor decisions. *nothing weird was deleted from here, I promise.

I climbed up into the hills and eventually found myself on the back end and rode Go trail and finally rode the Staff College trail down to the bridge where I sat for a coffee break.

The return was a bit rough as I expelled the energy I had on the way out. Riding the Go Trail on the return I had used several trees to hold me up as I rested on the climbs. By that time the darkness had completely enveloped the area and the lights were on.

It was cool, I was tired and worn out. I made a quick and pathetic skamper home in the dark. 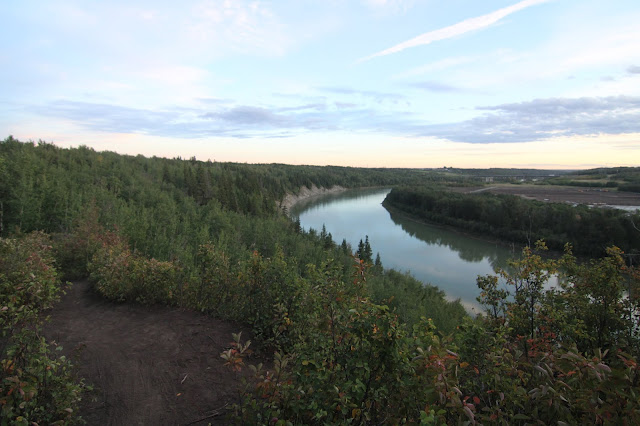 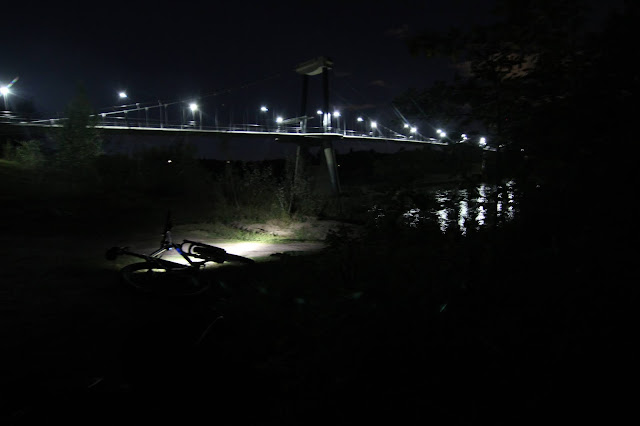