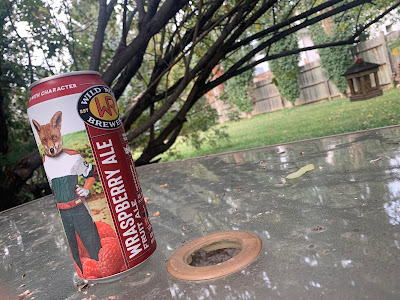 This one was bought in Calgary from a good fella who works with me when we were coming back from the north and had to drive back from Calgary in crew vans. I was so tired I had mine beside me in the vehicle as I tried to sleep on the way home and the bumpy chatter of the van prevented any sort of napping. I hate Ford's.

We were supposed to be doing a ride review tonight but the tire on the wonder bike was done and I was out off Stans and yes.... 26" emergency tubes so it was off to... Oh I don't know where, I just got off nights yet again and didn't really get moving till about four 0-clock in the afternoon and knew getting to a local shop was out of the question. Local? Well local for Edmonton. Naturally Mountain Equipment Co-op had no sealant and some oversized twenty six inch tubes which I will try and stick in tomorrow. I do seriously question why I bother going in there anymore. Do they not know that twenty six inch bike tubes and tires are all the fucking rage right now?

I will wait until the laughter ceases till I continue...

Are we done yet?

Ok, so Wild West Brewery is from Calgary and have been on here before I'm pretty sure but I ain't gonna post any links as that will be too much work. Hey, I did mention I am coming off nights right so I am dead tired.

Ok are we cool now? Are you still laughing at the 2-6 tire joke? you know that is kind of an insult towards me right? I mean come on..

Yes as mentioned this beer sat next to me from Calgary to Acheson two weeks ago tempting me but I knew it had to be reviewed. This one had a weird connection with the mine we left and I was hoping to do a special looking back type of beer review but realized that was stupid.

It poured a dirty golden beer that didn't support what you would call a head for very long and honestly had quite a pathetic excuse for a head forcing me to fire the pourer. I got nothing out of the smells of this one. I am a little bit plugged due to allergies although other more credible beer reviewers say it smells like raspberry jam but I got none of that. It tastes quite delicious. Not gonna lie the lack of head had me concerned but tastes of raspberry. yes raspberry flavour is in a raspberry labeled beer. Do not freak out when hearing that little nugget of wisdom.

Yes raspberry is high on the taste but it is quite pleasant overall and the raspberry is not overpowering like a bad Aerosmith record was in the late nineties. mild hops and sweetness filled out the rest of this one. I could see why this was chosen by my work buddy as first choice from coming back from the mine. 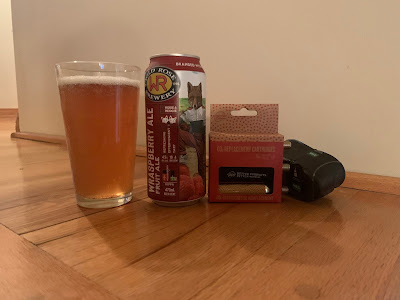