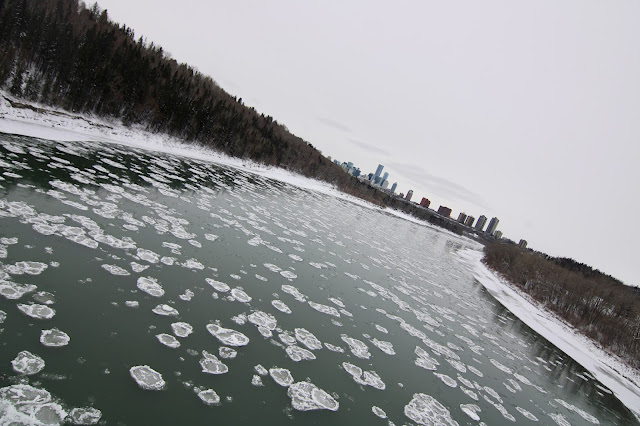 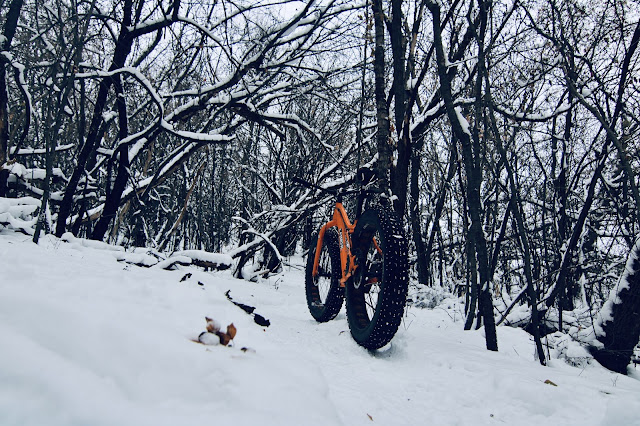 I really didn't want Winter this year, yet it showed up with a fury when I was working and I had no happy thoughts about fat biking through the snow for another umpteen months. It did take me a bit of time work up to a ride this set off. This set off started Thursday and when coming off days the energy levels are quite a bit higher. The motivation in breaking out the fat bike for the first ride of the season was nowhere to be found though.
It was Capilano to start and I ignored all the good stuff and started riding up the hill towards the Capilano bridge. I ignored the trails and took the paved loop around and soon crossed the river where I rode up Low Class and Higher Education where the loose sloppy snow threw me around like I was on some sort of strong narcotic. I could not stay on the trails one bit and it was more awkward than a white rapper with a speech impediment.
So it was off to the streets...
Bored and cold I had no destination in mind. It was only -10 and I couldn't help to dread the colder weather that will be here soon enough.Things got real depressing as I approached the Northlands gates and I though I had enough and was a about to turn back.
I pushed through and rode around the old Coliseum which is a very sketchy area now. I left and followed the LRT tracks and the ride became a bit enjoyable. The ridiculous tires ate everything up as I was riding through very loose ankle deep snow on the unplowed roads. Fat bikes are ridiculous.
The highlight was finding a park I have never been before and I would assume not a lot of people know about it. It is pretty much wide open valley views. There are trails leading down but I wussed out as they were steep. By request of the community I will keep the details to get there private with respect to the community. Cause you know... Lonebiker will have people there in droves. "Right interns," I turn my head and ask...
Crickets..
The ride ended uneventfully on Ada boulevard.. I kinda liked the fat bike in the end and I know it will be my main weapon against becoming a Swift basement trainer guy.
*shudders.. 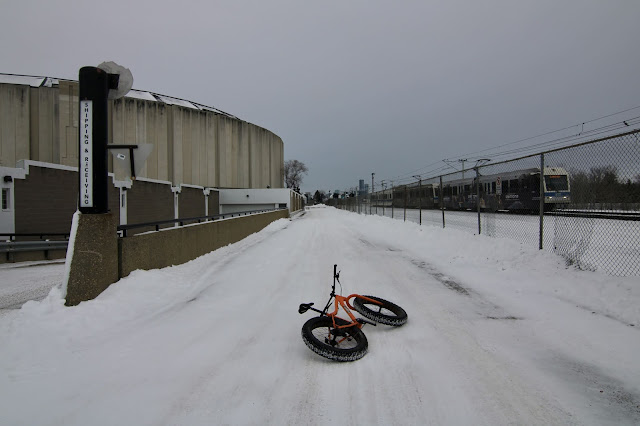 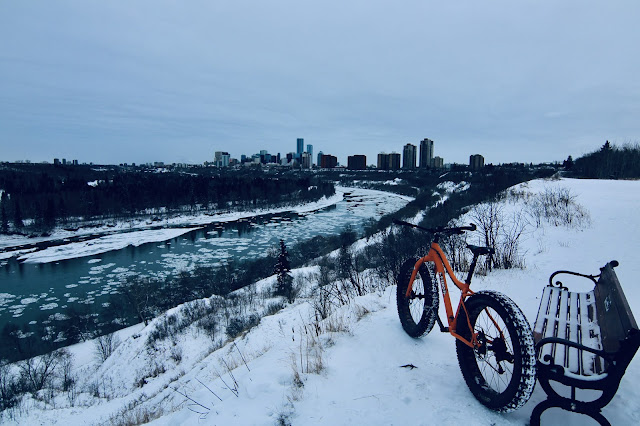