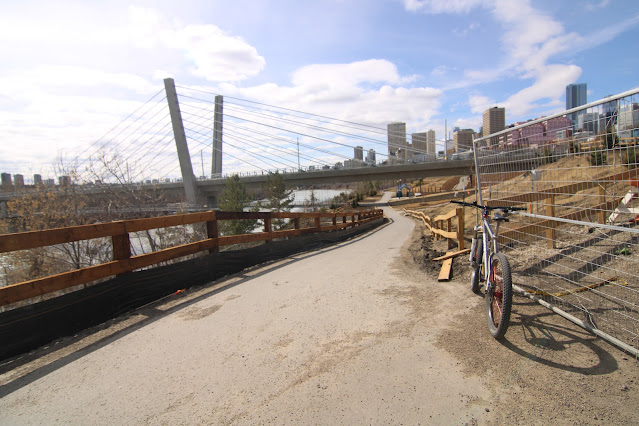 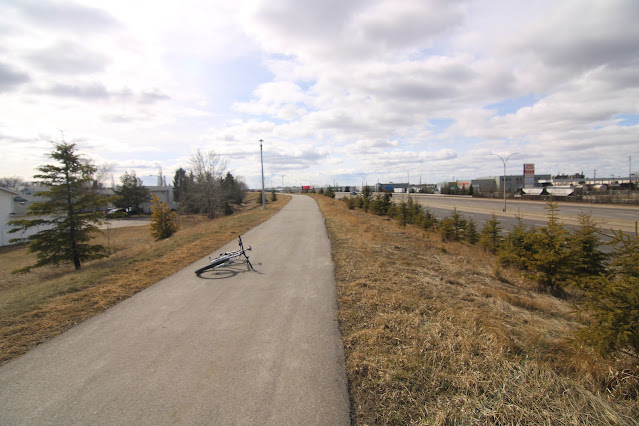 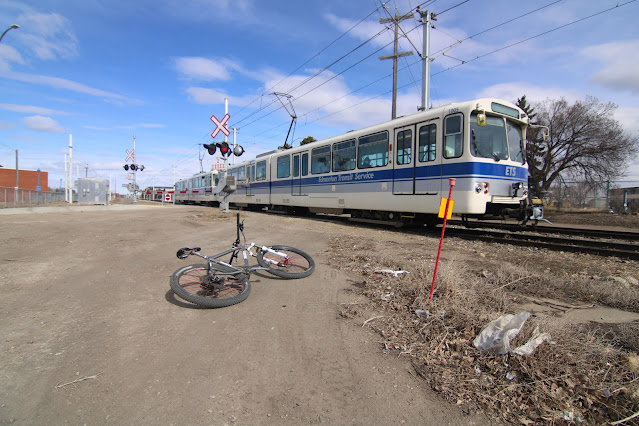 A great ride from the Science park area to the downtown core via the river valley and a return through Edmonton's most desirable drek areas on a fine American built hardtail.

The wind was strong, gusty and very annoying and dropped the temperature down considerably. I thought it would have shortened the ride but once I warmed up I was fine. Yes it was boring but it was great and things flowed well for the longer than usual Lonebiker bike ride fest.

Not a lot of things to talk about. The usual assortment of people were out. Bossy middle aged white women telling me to be careful with their dogs. One of them had to make sure I saw her dog as I passed by. I wanted to be an asshole but instantly thought she has had too many close calls with other riders. Sadly not a surprise as the Edmonton bike community is pretty great, there are a litany of pretentious snobby douchefucks who ride bikes as well.

It's not just a cycling thing. People just suck and some of them ride bikes.

Downtown Edmonton was its usual self and it does seem to be getting more and more greasy with people openly doing drugs out in the open (no it wasn't pot.) A ride up a parking garage was one of the better parts of the ride until the wind drove me crazy up top.

Some homeless dodging happened and I snuck through and rode the LRT paved trails backtracking to the Science park. I found a paved trail that runs along the Yellowhead trail which came complete with background wind to help push me home

The highlight of the day? 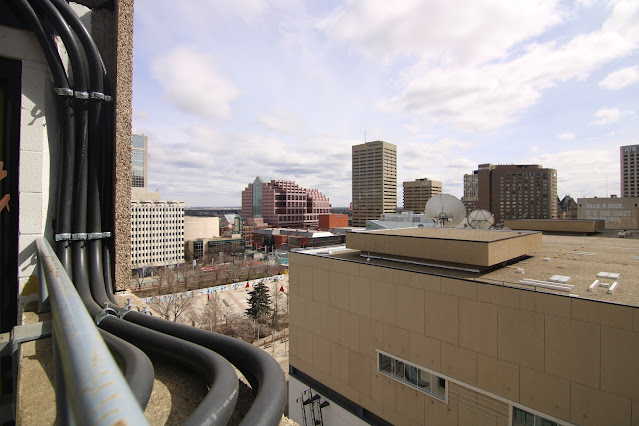 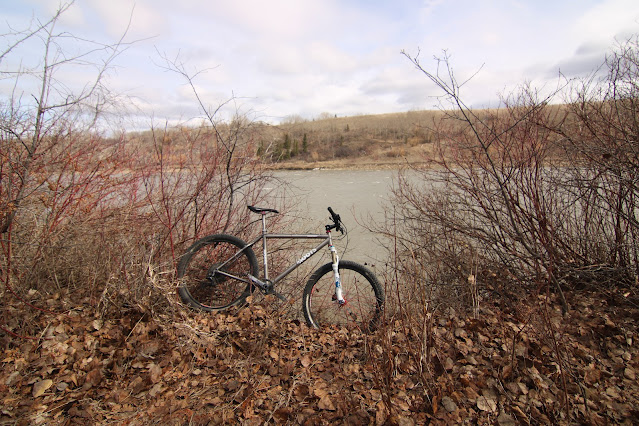