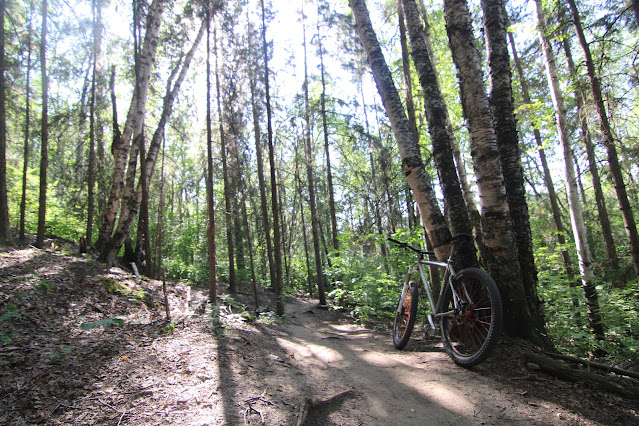 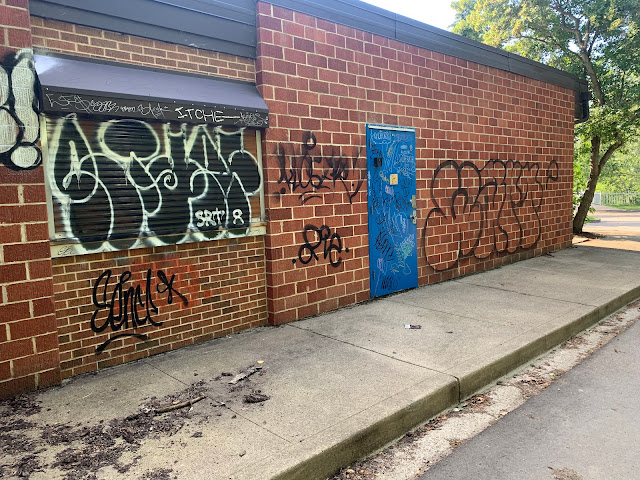 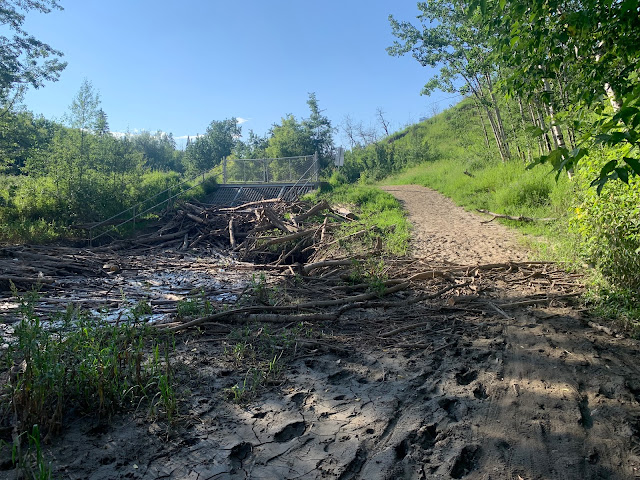 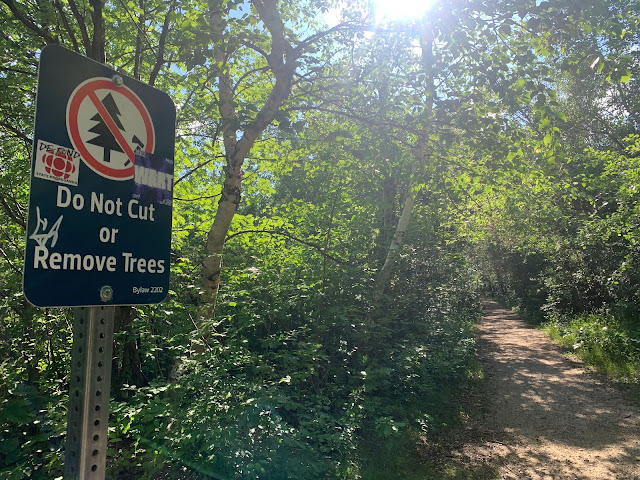 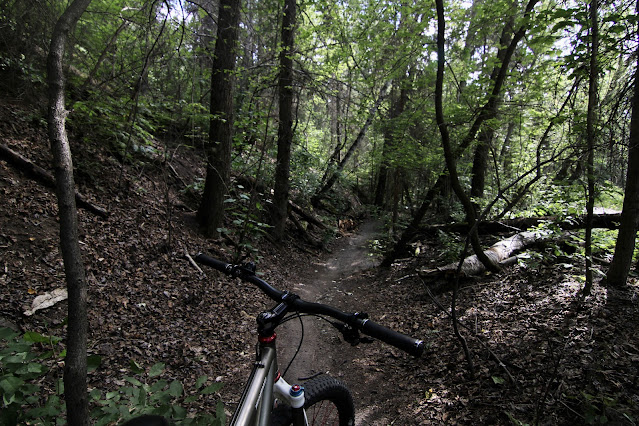 Ten out of ten on this one. An absolute banger of a ride that I had very little hope for as I set out late this afternoon.  I had a few reasons to feel this way properly listed below
*It's the night shift turn around.
*It's July, a month I have not been fond of as its the middle of summer meaning warm gross air and terrible sight lines on the trails from all the foliage.
*More stupid white people getting in the way on the trails.
*Very hot weather, I don't do well in the heat. give me cold. I'm Canadian.
I did forget that nobody is in the valley on hot days and today was no exception. So no white people to worry about but yet you should never underestimate trail traffic and always be on guard, especially with this foliage. A somewhat but not really close call happened in Caddytrack due to foliage. He did not seem happy and I remembered hearing something about Caddytrack being ridden only one way? I think some nutbar on Facebook had posted that a long time ago (where else? Now roll your eyes with me.)
The ride started in old school Lonebiker territory aka Mill Creek under the murder tree. Yes, someone was murdered there quite a few years ago now. I believe it was drug related.. I should look up the article. Hold on a minute…
CBC News article.    It's quite fucked.
So yes, MillCreek and east through Bird House and eventually upper Ewok where I crossed the Dawson and hit Dawson singletrack, I am sure it has a name. I decided to ride up Snakeback (I believe) and head down Higher Education before a river crossing. An out of body experience happened with the lighting and the bike I was riding which was beyond magical.
That moment set the tone for the rest of the ride home through Andre's and Caddytrack which really sucks riding westward. In fact, I kind of hated it. Maybe that was the night shift grumpiness kicking in.
In the end, the ride was best of the year so far. Yes it has been an uneventful year due to buckets of rain, the trails today were an absolute delight, so was my bike. The heat did not bounce off the trails like it usually does on hot days and for some reason I wasn't a bag of shit after a long night set.
Killer ride kids. Killer.
at July 16, 2022