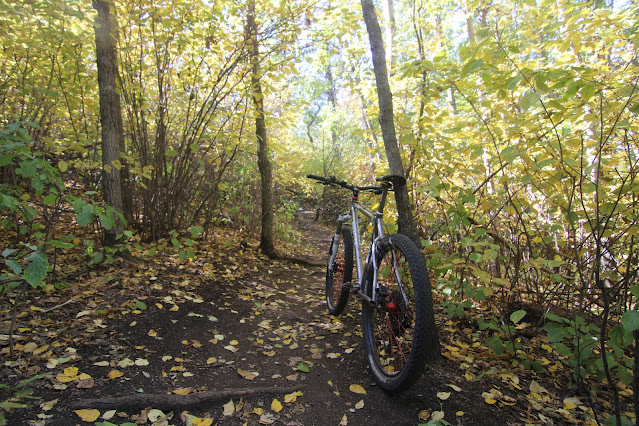 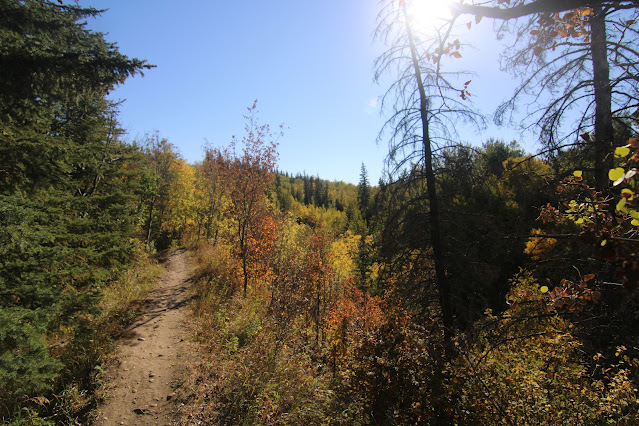 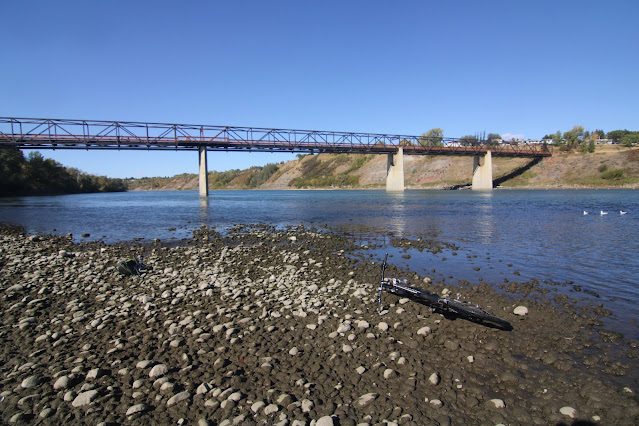 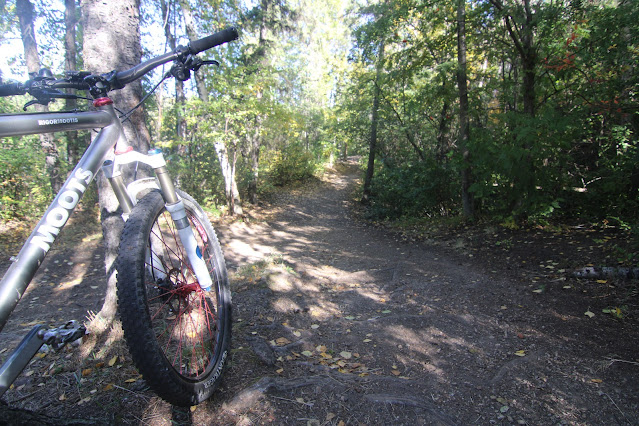 I think the last two blog posts had me waking up in the morning reading them and splitting my coffee out at the screen cause of all the grammatical errors. I don't know why this happens from time to tie on here but I am blaming fatigue. Last nights beer review was quite terrible and we here at Lonebiker apologize as we know you people come here exclusively for the amazing writing.

Why do you have to be this way?

Anyways it was more September amazingness today after missing yesterdays planned ride. Fort Saskatchewan tempted me again but I chose the north end parking at Gold Bar park and entering Hustlers fun singletrack which quickly made the fun go from 0-60 pretty quick.

It was Golddigger next with all the other regulars and they were all in spectacular condition and the changing leaves made the views spectacular.. Like Jennifer Aniston in a black push up bra under a white shirt outside gardening with a cute gardening hat. Sigh….

I somehow got lost and confused in the Dawson Park trails. A place I have frequented a million times. Yes that is an exaggeration but that is what it feels like. So how the fuck did I get turned around and lost? Stressful things happening outside of the bike world but still…

I found my bearings and crossed the Dawson bridge after skirting by a nerd fest cosplay convention.. Or something like that.. It was strange. Guys in hoods were approaching whilst I tried to take the one and only rides coffee break. I got out not cause I was scared. I left cause I was scared I was gonna have to go beat up a bunch of nerds cause you know, I am a cool jock biker guy and all.

It was Shooter Mcgavin taking me up to CaddyTrack and I have to admit it is not my favourite trail. Shooter Mcgavin that is, I appreciate it being there one hundred percent but I am a man of switchbacks and there are too many climbs where switchbacks  could have been used. Put switch backs into a trail many times and I will fall in love. That is why Low Class is such an amazing trail.

Caddytrack, Andres and Risky Business with my favourite trail running both ways Sideline being fun as hell despite a lot of traffic. No issues on the bike today or the trails. Some might say a year end top fiver.  That 18km section of trail I rode in the valley today is absolute dynamite.