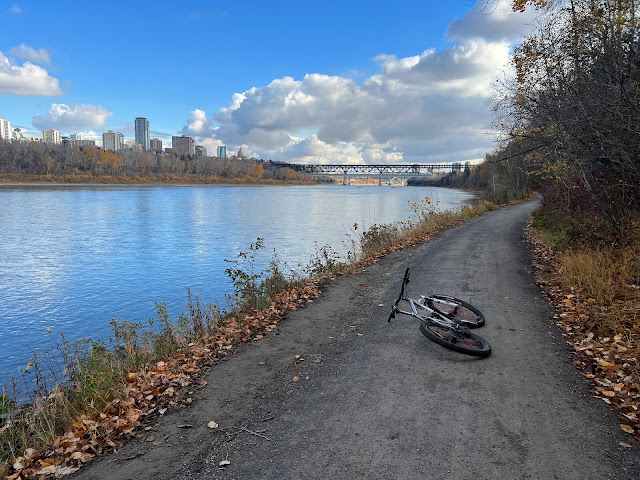 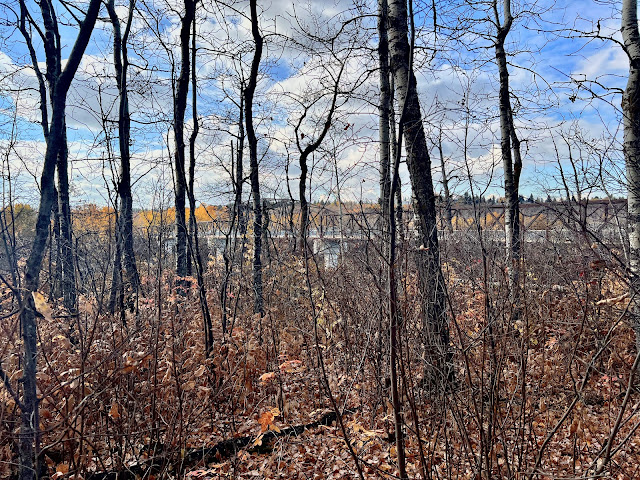 Well shit, its now the fourth day of my time off and I am coming off glorious day shift and this was the first ride.

Not gonna lie, things have ben a tad heavy over here, hence the lack of bike outings.

Today's bike outing was quite grandeur and I can say it made up for the lack of rides the last few days, well it sort of did. It was a Strathcona High School start where I knew I would be on bike lanes for a bit to start out and with no pedals being spun recently I figured it was a decent warm up before getting into the hills and the trees.

The first interaction with a garbage human was on the bike lane as I started riding when the light turned green at a stop light and some guy honked at me and was making gestures in his suv. I was confused and looked straight ahead to read a full green light so I knew I was doing nothing wrong when I realized it was probably an old shitbag boomer who just hated bikes like so many others do here in Alberta.

I dropped in on the easy going downhill ignoring 7-Up Hit Up and the other steeper options as I knew it had been raining lately and I had zero idea on the trail conditions.

Things were ok to ride and once at the bottom I headed east and rode Raven backwards which is a rarity for myself. I always ride it westward as it has more downhill riding as opposed to climbing. It was unreal fun and despite the slight wet conditions things were pretty sweet to ride. I ended up in Hawerlak where I decided I wanted to ride Six Shooter and Raven backwards as well. Two trails I mainly ride in climb mode.

The other shitbag human showed up after Hawerlak where I stayed on the sidewalk and climbed up Groat road to get to Six Shooter when a Dodge Ram came up from behind and pinned it when he got up to me and startled me by his loud overcompensating muffler and then smoked me out as he went by.

Little does the fucktard who did this know I am an Alberta tradesman and that rolling coal smoke just makes me stronger. Sadly though it's the diesel particulate matter that is a bad side effect that mixes in with ones blood making me want to put up a fuck trudeau sign on my front lawn and start making up weird conspiracies about vaccines and talk incessantly on why I think donald trump is the current sitting US president.

Luckily though I ride bikes which keeps me sane and once in the good parts on Six Shooter I forgot all about the white trash shitbags that rolled coal on my poor ass and all the ideas of vaccines and marches quickly exited my little brain.

Six Shooter and Silver Fox were pure amaze. The trees whizzing by in a blur at times made everything in life make sense for that moment.

I finished the ride climbing up the hell paved climb that goes from trails to Fort road and under the new Saskatchewan drive bridge.

It was bike lanes back home with no more psycho Albertans messing with my flow. 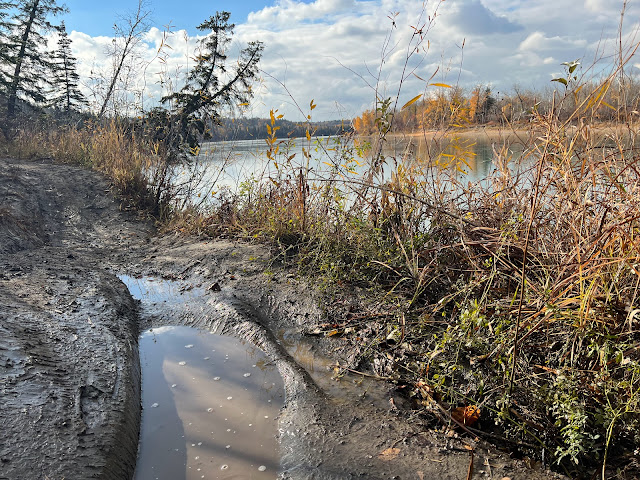