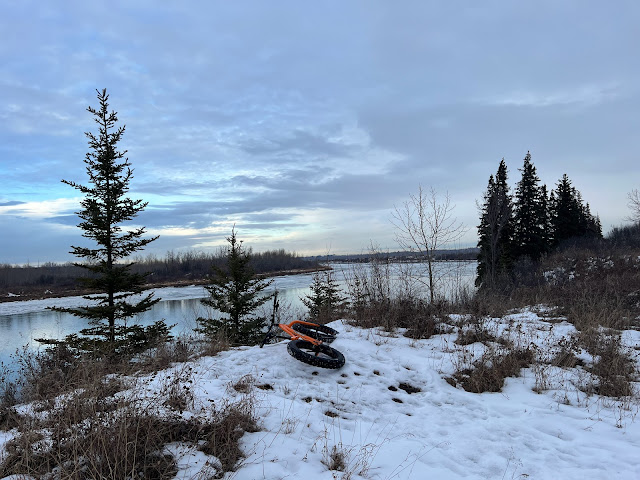 A real ride finally where I decided to try to break Winter in on a roll from Strathcona to Fort Saskatchewan. A ride I did back in June of this year and it was very memorable and can expect to see it in the top 5 or 3 rides of the year coming in January.

This one wasn't as good as that last time but it was still a pretty good way to spend a late Tuesday afternoon knowing it is the last ride attempt before work… Ugh… I hate typing that.

The trail from the home of the planned  newest foot bridge to Fort Saskatchewan was what I expected. It was quite pocket marked from foot and paw traffic in the snow and I was happy I had the nice stable fat bike as I did have the shitbike prepped and ready to go. I am pretty sure if I took the shitbike I would have not made it too Fort Saskatchewan.

There were enough smooth parts on the trail to follow and getting out of the annoying bumps was nice. I saw only one person (that I knew of) walking his dog and a solemn nod by both of us was had as as I passed by. Was it because we both had good Winter beards that a connection was made?

I took the long way back around the sinister looking government operation to extend the kilometres a bit. A good ride and I can count it as my first serious ride of the new season. The first five kilometres were a rough start though as I could not get motivated.

I'll definitely be back. It will be super cool when the bridge is done and I can extend it on my quarry runs. 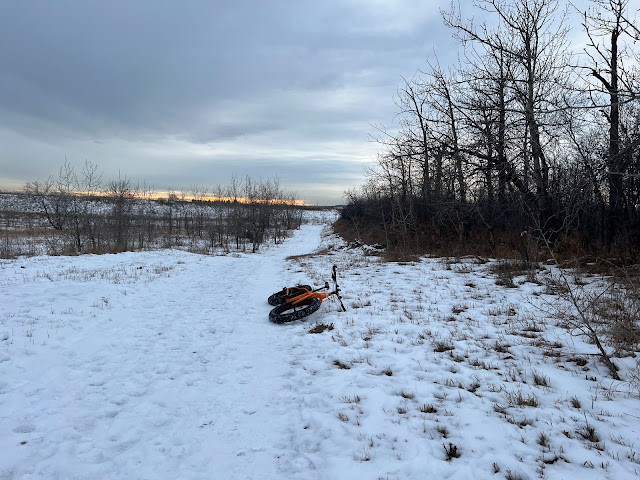 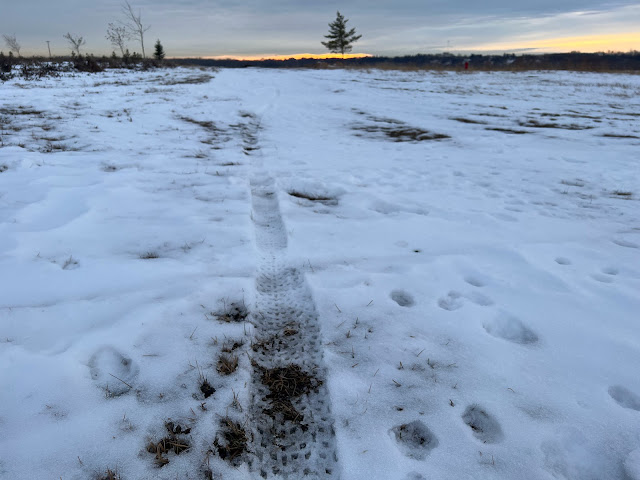