My Ass is Killing Me! Part 1 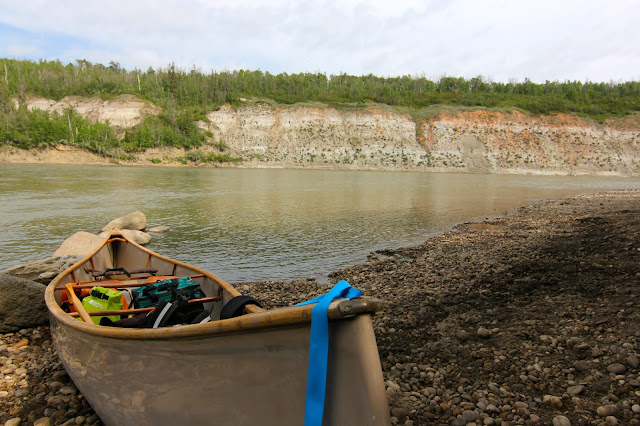 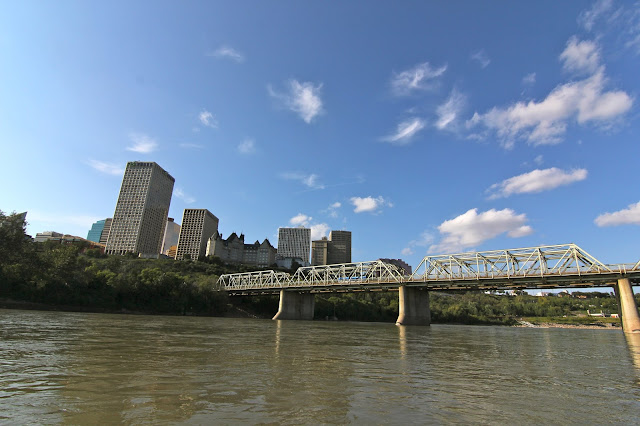 It's safe to say since I started riding bikes in the river valley the water has always intrigued me. Like a bad television show featuring white trash hillbillies killing things in the South would intrigue a hardcore Wal Mart shopper. I have been salivating at the thought of getting onto the river. Sadly this river lust has now been happening since nineteen ninety three, and I haven't done anything about it till now! It did take a broken ankle to finally make it happen as in the past any sort of exciting river lust was quenched easily by mountain bikes.

I have had opportunities to go on a river jet boat in the past but declined instead to go riding, river boats would be a cool experience I guess due to the speed and land you can cover in such a short period of time. With that comes noise, more noise, and probably some beer consuption. Not necessarily how I would want to spend a Saturday, they may come in and take my Albertan citizenship away and deport me to British Columbia (sweeeeet!) for not wanting to be a noisy asshole on a river, that's fine. I guess riding mountain bikes for the last twenty years has wrought in a hippy type attitude towards the outdoors. It's simple. Go out and enjoy nature for what it is.

Luckily a guy named Kent came along, a fine outdoorsy fellow who made his debut on this blog right here back in May. In healthy ankle times! Sigh... A guy who has his foot in every outdoor adventure one could muster up in a shortened Summer... As well as Spring, Fall, and Winter. What a smart guy! We chose Devon as our starting point and I was up to the task of choosing an ending point and knowing I had to go through the city I picked Capilano park as our end point. Not thinking of the state of my ass by the end I was eager to get going. 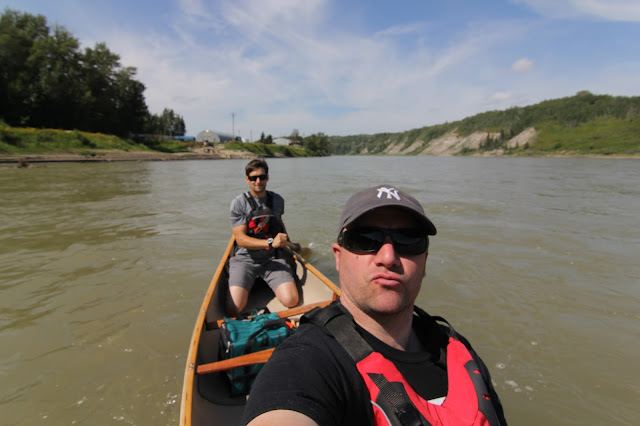 The journey began and me being leery of rivers due to unfortunate events happening earlier in life, I felt a tad nervous finally getting out and dreaded the first power boat to make its appearance and rock our tippy canoe back and forth. An hour into the journey with no power boats yet I was shocked at the beauty of the river valley from the prospective of a canoe. After all the time I spent in the valley it was an eye opener to see how awesome it is from the water. For most of the trip I sat back with my paddle beside me in awe of the awesomeness I was surrounded by while Kent did all the work. I do have a broken ankle so I'm going to ride that as long as I can (even though ones legs have jack shit to do with paddling).

We were pretty much alone the whole way to Rabbit Hill ski area and my comfort level was at an all time high when we heard the first boat making it's way down the river. I perked up instantly, nervously turned around and asked Kent if we were going to die. He looked at me with a warming smile and calmly told me "quit being such an incredibly giant pussy!" I shuddered and turned back and saw the menacing boat and all its noise speeding towards us like an out of control freight train! What will happen? Read all about it in part 2.