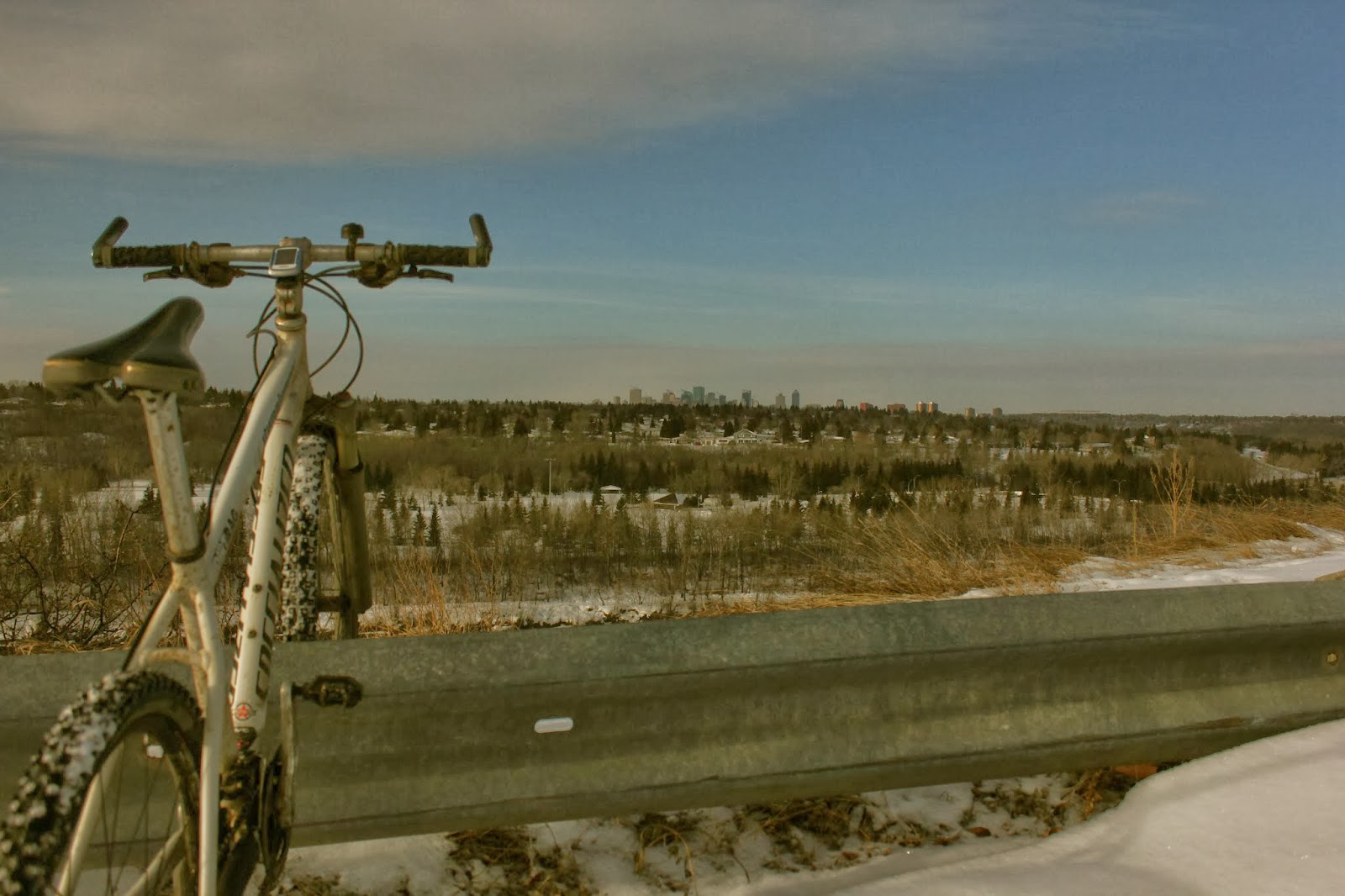 It was a quick visit to Capilano park for a post ride spin to try and burn off what was left of my legs from the previous day's ride. It was a lot colder than I anticipated and I wished desperately that I had my wind breaker leggings on as I rode the top of Ada boulevard. I really should check out the weather reports a bit better before I leave in the morning.

Virtually nobody was down in the valley, yes it was a weekday and a cold one but it was eerie because nobody was anywhere. Not a soul on Ada boulevard was to be found either when I realized I should be lynched as a Canadian, or at least have my passport and sin card revoked. There was a rather big hockey game my country was involved in and I didn't even know. It seems as though the whole country shut down for the event.

The ride was under an hour, there was no intent of it being a long one and the cold weather and sore legs helped end it quickly, and yes Canada. I made it back in time to watch Team Canada win and go on to the Gold Medal game.