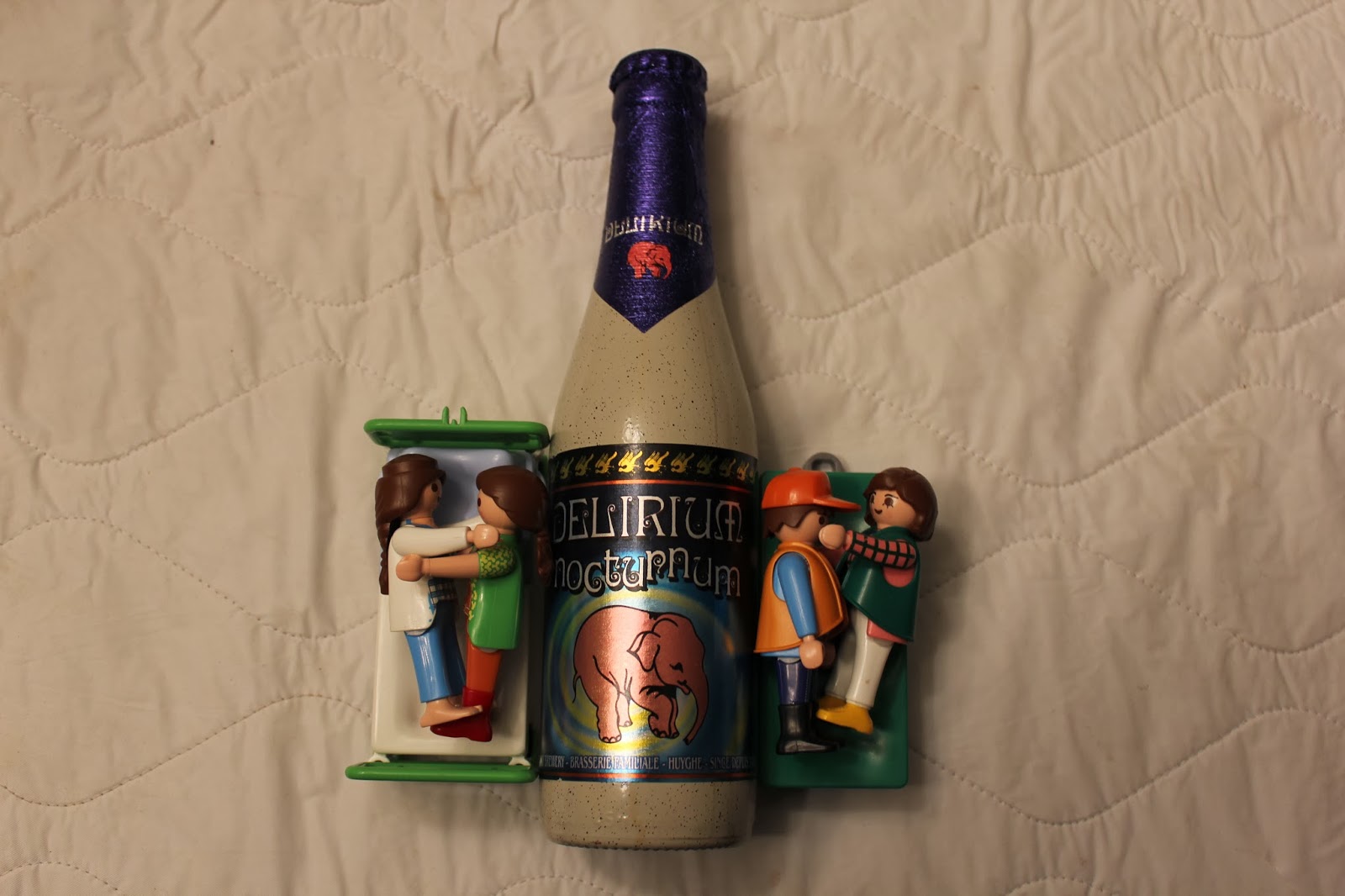 Direct from Huyghe brewery in  Melle, Belgium comes this beast of a beer. I say beast because this bad ass comes with an 8.5% alcohol content. This is a brew that sits in the beer case at the store and openly mocks all the other beers. This is the kind of beer that will take you home from the bar, abuse you to no end all night, and kick you out before morning because it doesn't want to cook you breakfast. Yes this beer is that much of a bad ass. What you don't know is if you treat it right it will treat you with some respect. Remember I said "some." This beer has an attitude that would rival steroid enriched UFC fighters whose Mom's didn't love them.

Huyghe brewery was founded in nineteen-0-eight. The same year Hoover invented the upright vacuum cleaner. An absolute game changer for house wives everywhere. The brewery has been around for over a hundred years and adds on to the intrigue and richness of Europe. Dare I say Europe needs more magic? We can have a little bit of that over here I was thinking as I drove through an endless sea of ugly new neighbourhoods sprouting like weeds all over this great province tonight.

Delirium, Nocturnum has a real special bottle. I wondered when I drink this if I will hallucinate and have the elephant on the cover come visit me in my room and smoke a hookah together while we engage in conversation regarding the complexity of the issues of free speech in America. That is a real possibility to have that happen after the 8.5% beer is consumed.

The pour went by with no big surprises. It did give us a fully dark beer adorned with a one fingered head that stood like a regal figure in the tester glass. The first taste gave me something that I could not quite discern. Fruity hops and no indication that this is a high percentage beer. This was one you would call a dry beer where besides the fruity hops I got touches of caramel and campfire smoke. All the tastes I put down  together do not equate to an incredible beer. It's odd because with all those tastes I mentioned they really do not add up to anything special. Now I sit back and await the visit from the elephant. 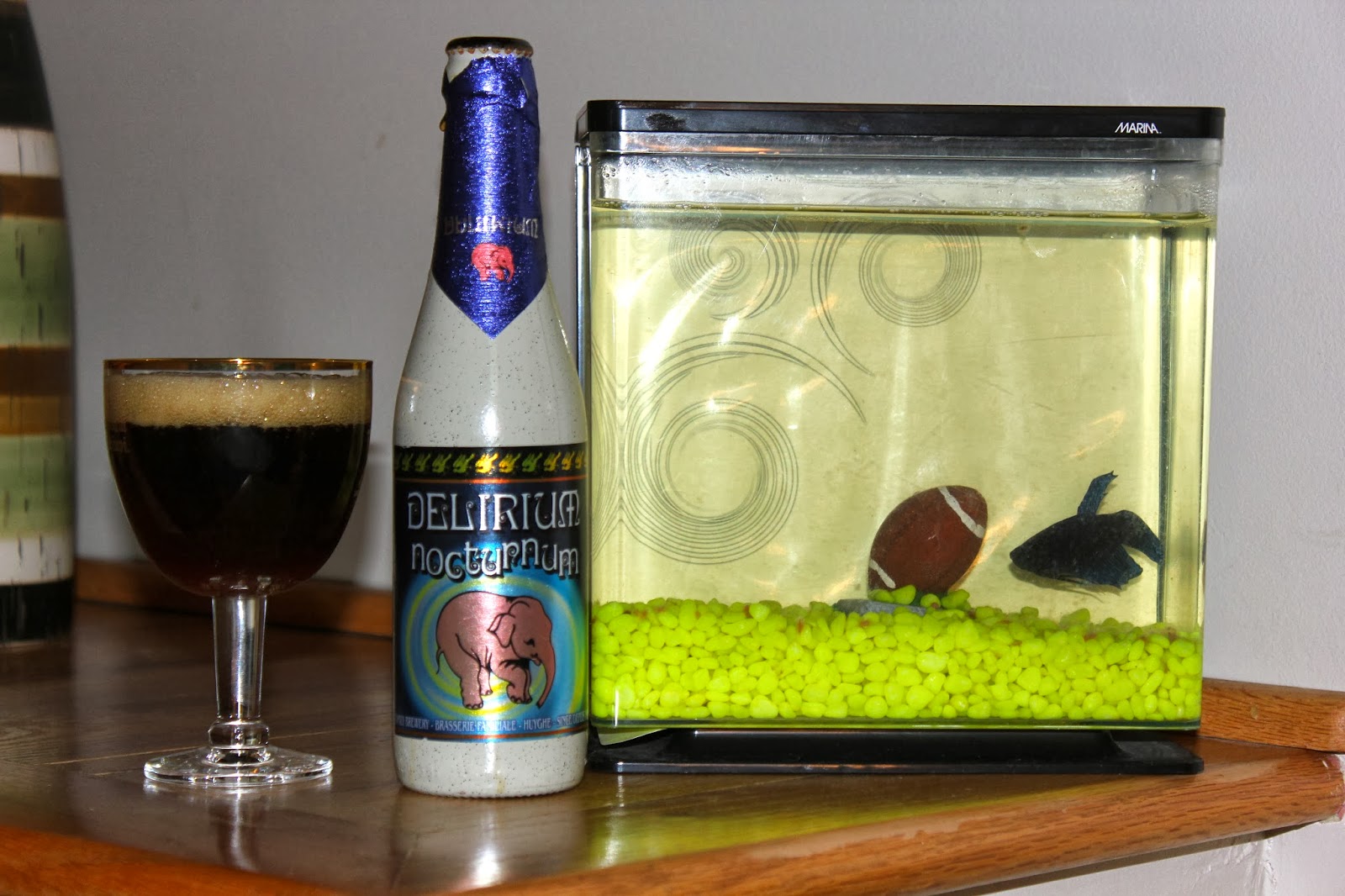