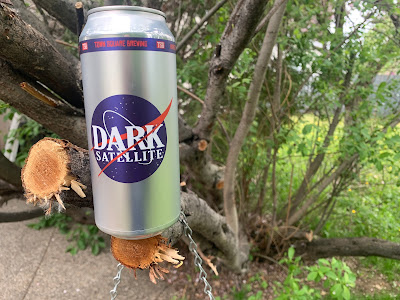 Anything to do with outer space is insanely cool and also a bit scary at the same time and it didn't take much to persuade me to pick this one up when I was cruising the local beer store for something to review because Sunday snuck up fast.

Town Square Brewing is located in Edmonton and I now am wondering if this is the first appearance on here? According to Google it is, a look on the website could not find the beer we are reviewing today. Is this one a seasonal from a previous year perhaps? I could not find much else other than a post on a social media page which was undated.

Town Square has a taproom with a menu of meat pies or you can get some popcorn, olives or any other sort of fine beer drinking accompaniment food. There is not a lot I can tell about this brewery other than their website is pretty decent except for the fact that you can't find this beer on there.

At times I wondered.. "perhaps there could be another Town Square Brewing?" with this beer but Google set me straight again.

The world famous review team poured this and a proper dark porter filled the glass and showed little head with a slight lacing on the side that followed the beer down the glass. A smell of dark fruits with sweetened toffee was something I took from a few sniffs. The first sip was one of wonder and speculation. Well no, not really, I just wanted to type that. It was fine, not stellar in any way and it delivered in a way a porter should. It did not offend the palate with bitterness although I did find the overall taste to be lower on the spectacular scale. It does have some notes of black liquorice which isn't one of my favourites but it is hidden. Dark plums are something I seem to be picking up on also. Overall, not terrible but not amaze. 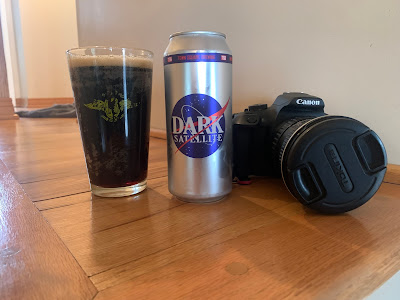