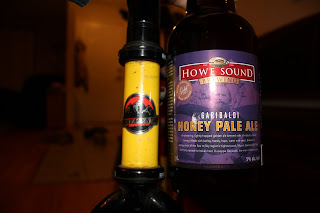 this bottle is huge !

Another beer from the great province of British Columbia , this time Squamish is the town this ale hails from . This bottle is a giant . One litre to be exact ! Which is why it is a recloseable bottle (what kind of wuss would want that ?) The overall look of the bottle is pretty cool actually and I felt bad by spoiling it ....................o.k no I didn`t

My advanced beer reviews are going one step further and I am now pouring it in a glass to see how it looks and oddly enough it looks like beer with a big white head on it ! I`m smelling it now . It doesn`t smell too bad either .......................Hey guess what ? It smells like beer !

The taste is quite good ! Those BC folks sure know how to make a fine brew . Really no bad things to say about this stuff from the most amateur beer reviewer. 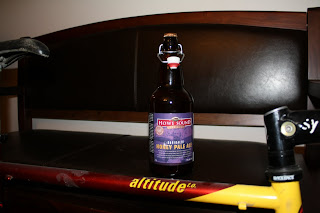