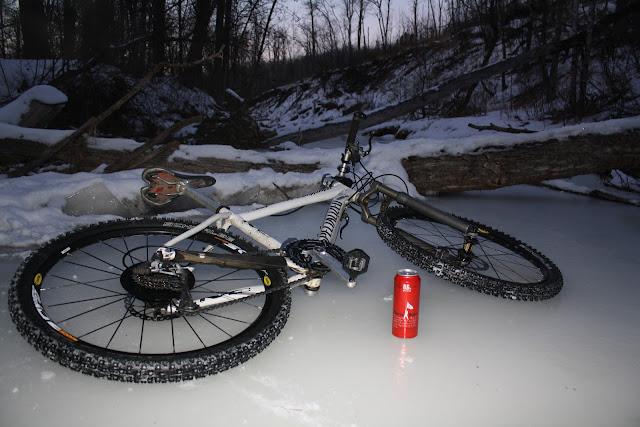 After a return to the riding, a return to the beer reviews is promptly on order. "Weeks of slow inactivity on here posting up you tube videos must come to an end!" Said lonebiker.com's executive assistant to the non existent Vice President, Herb Schingleb of Pensacola Florida. Wow! That is one powerful man helping run this blog! I'd better get my shit together!

From Saverne, France comes a beer that packs a wallop! An 8.6% wallop that is, in the past I've been scared of strong beers. In fact you may have read about it, laughing at me and calling me a girly little bitch who can't drink strong beer. Oh ya, I heard you mocking me through through the thick walls of the interwebs, pointing your fingers at the screen and mocking me! Well guess what? Strong beer doesn't scare me anymore! I've reviewed enough on here to not be afraid.

The pour was an adventure as the head was so large I thought it was going to exit from the glass and set on world domination starting with my poor ass in Beaumont, and then moving on to Edmonton, then the province... As soon as it rose it dissipated and I was relieved and quickly put down the phone and hung up on the 911 operator. The first sip gave me no real strong beer shivers and I was a tad relieved. Sadly though, you could tell this is a strong beer. Something I'm really not a fan of. Beer is made to be savoured. Not drunk quickly. And sadly, I think this beer is made to get hosed quickly. I am almost finished my can, which by the way survived a ride tonight (for that I give it high marks) but truth be told. I'm feeling it, and I drank it slow. If you want to get pissed drunk in a hurry, buy this beer! If you want to enjoy a few watching a hockey game, try something else. If you'll excuse me now, the police are at the door. 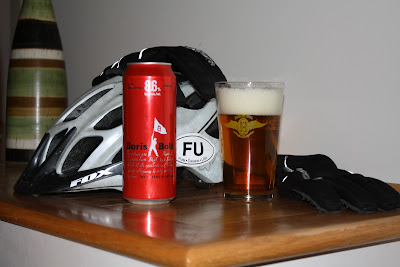