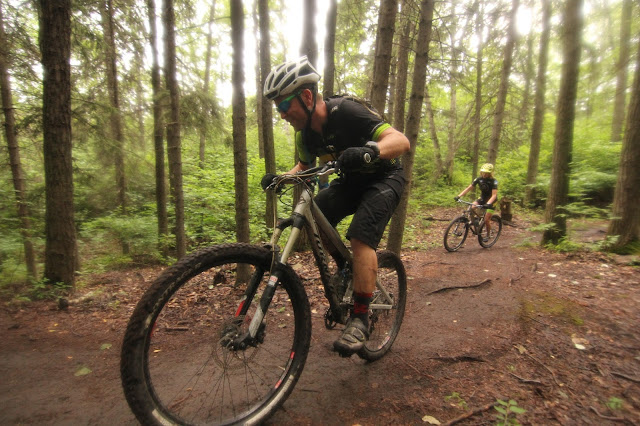 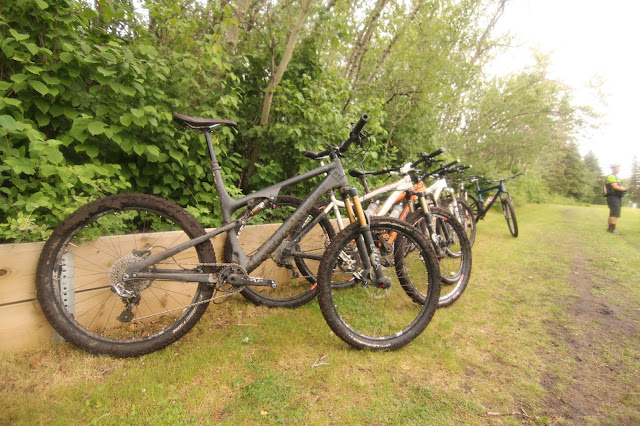 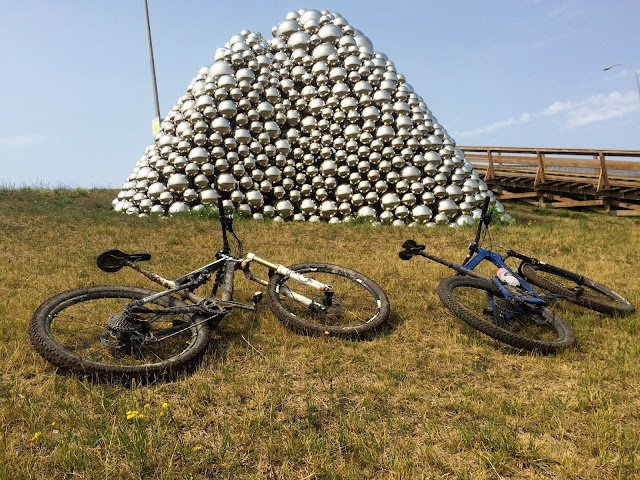 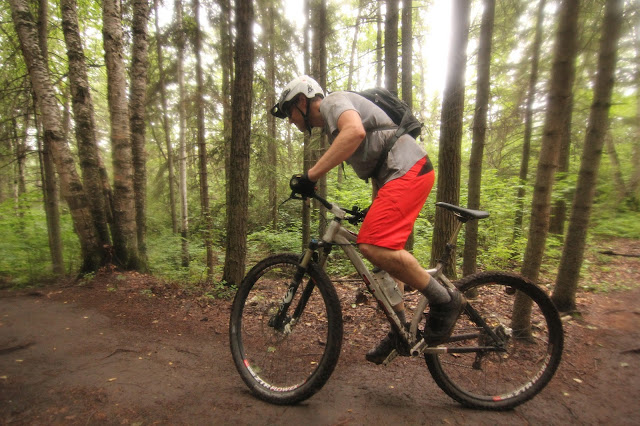 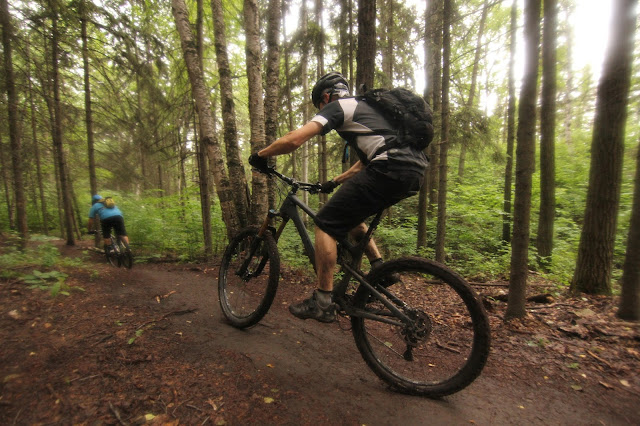 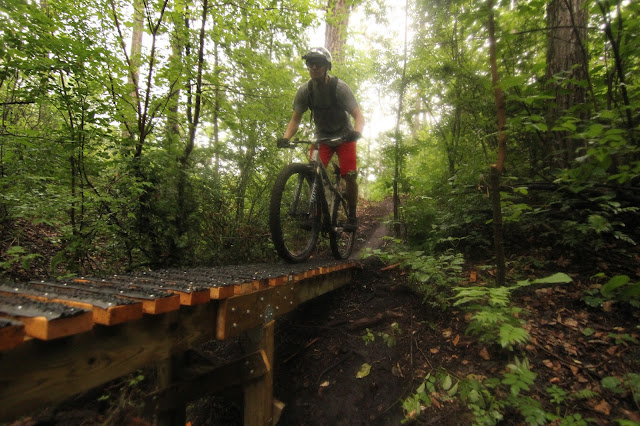 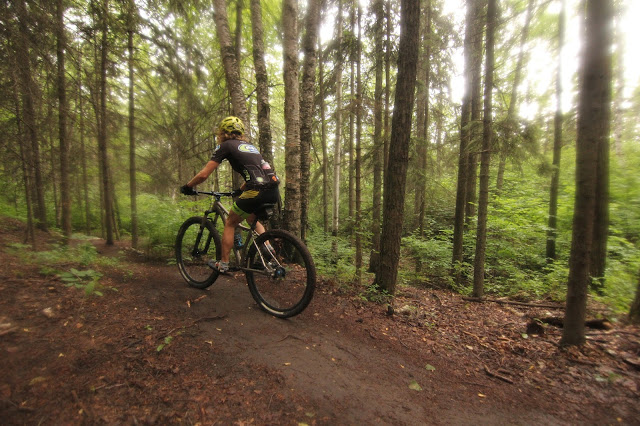 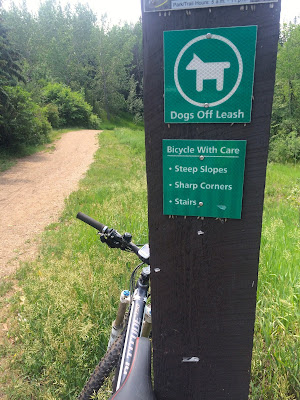 A large group ride today that started with seven and grew to nine and then eventually dwindled down to two.

In the end we made the river valley our little bitch and it was a great Canada day.

The ride started in the lower Mill Creek pool parking lot. Seven of us including Gord, Jason, Fred, Geoff and new (to me) riders Mitchell and Darren all rolled out on a very wet looking morning.

We had said we will avoid Mill Creek singletrack because of the previous nights rain but it didn't take long for the ride leader to nose his way in. The trails were snotty but rideable.

We nosed our way into trail after trail slowly making our way to Cambodia. Darren, and Mitchell who do work for Edmonton Mountain Bike Alliance  had showed us a bunch of the rework they have done. My eyes were wide open and my jaw hit the floor on several occasions. These guys have killed it down there.

Eventually we ran into Garry Ogletree, who is the Director of EMBA. We had been emailing back and forth for a while now regarding trails and the possibility of getting together for a ride and some beer after. He was riding with a lady by the name of Ashley and both of them were sporting incredibly nice titanium hardtails. I could not stop staring and probably creeped out the poor girl as puddles of drool fell from my mouth onto the ground as I stared at her bike. I also stared at Garry's and I feel things just got weird after I started mumbling to myself as the drool turned into bubbles from me speaking and saying weird sexual things about the guys bike.

I have a seriously bad titanium hardtail fetish.

They joined up with us and were a large group of nine. What was badass about Garry and Ashley was they were riding single speeds. All the while I was struggling on Andre's trail and Caddyshack. Meanwhile they rode their bikes like God's through the tough climbs and slippery roots.

The entire group was awesome. I am one who will happily admit I do not like big group rides but it seemed like everyone clicked well and we all kept the same pace where nobody was left behind.

Eventually the group dissipated to just me and Jason. We pressed on towards Terwillegar, but after crossing Fort Edmonton Footbridge we decided to go home. We were done.

The last trail of the day was Blue Man Group and I rode my bike like a drunk seventy year old's first time on a mountain bike. I swear the trees were laughing at me.

*No captions on photos. I'm dead tired. Some of the pics did not turn out well due to the high humidity. 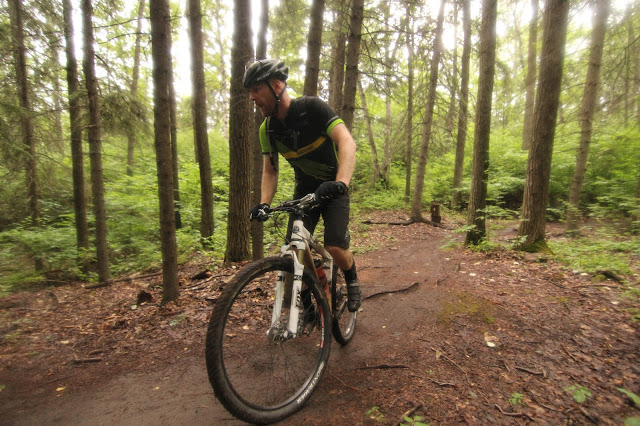 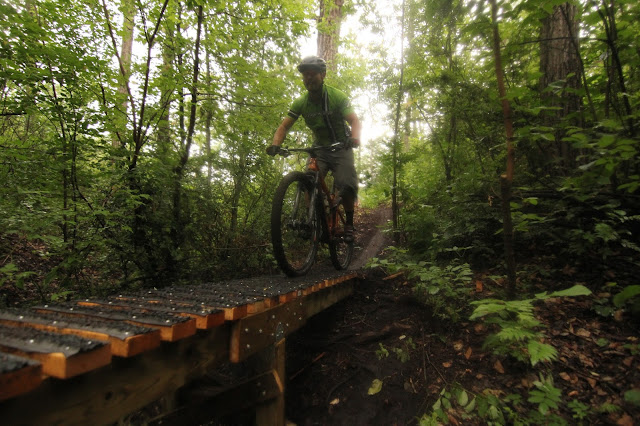 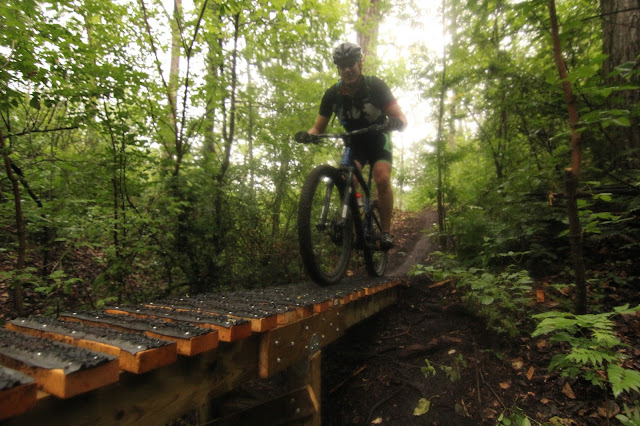 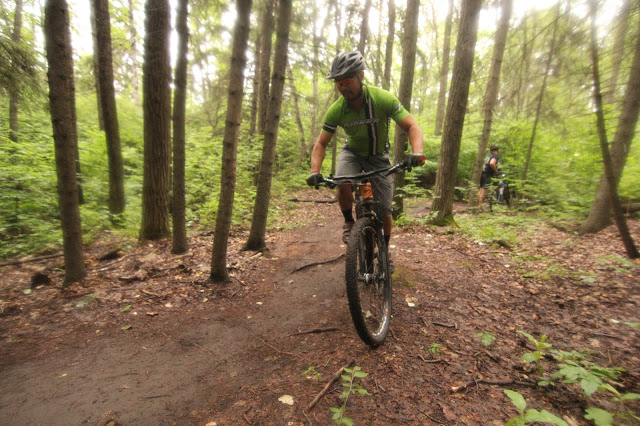 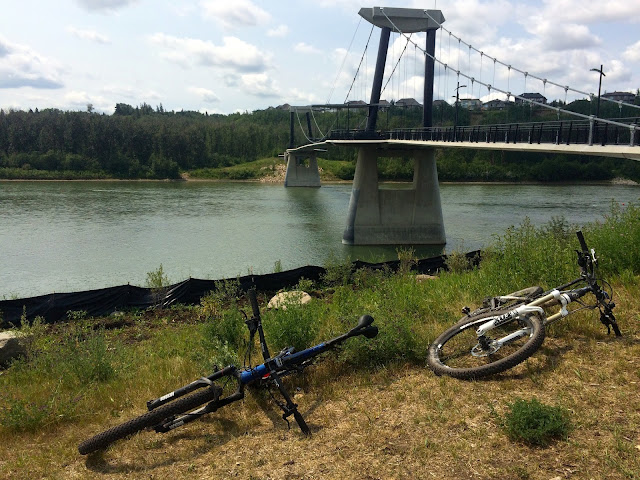