What? This Isn't the Mountains 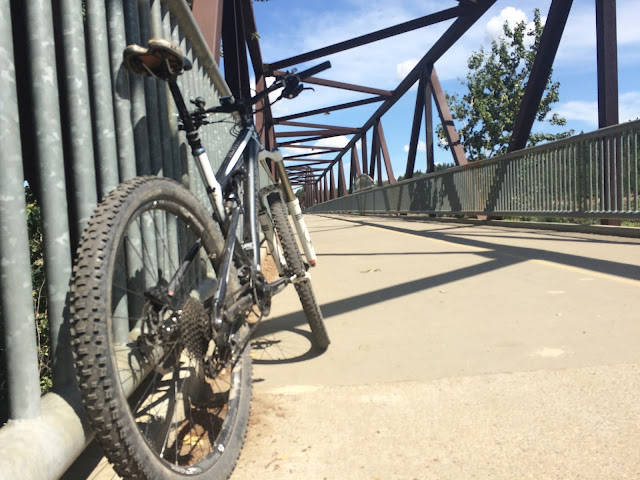 A rather poor effort today. Had high hopes for this one but it was squashed like the dreams of a want to be pro surfer living in Manitoba.

The ride was supposed to take me from Kinseman to Terwillegar and then back possibly towards the magnificent trails of Forest Heights. Pending on how I was feeling of course.

Well once I was riding the reverse route of Mackinnon after already wondering what was seriously wrong as my legs had no go. I surprisingly made it up the first switchback climbs (formerly Back Breaker). I came up to the other switch back climb in high speed and shifted down way to fast which made for a rather funny looking wipe out. I sat midway through the climb and knew this one was over.

The first photo opp eventually came and I found out I never put my card into my nice camera. Hence the iPhone was pulled out resulting in one bad pic. I thought I took more pics while riding home with my tail between my legs but only one pic was on the phone.

Maybe the stress of the week caught up with me. I feel like I'm working at my old shitty job again.

Below, is the GPS tracks.

Beat that day my friends.