One Third of the Brethren, All in On the Cold 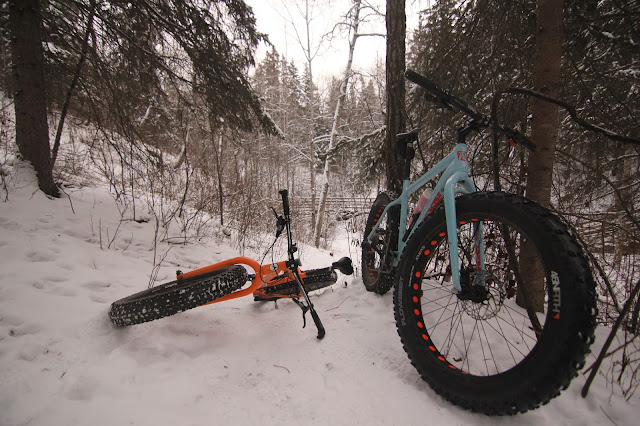 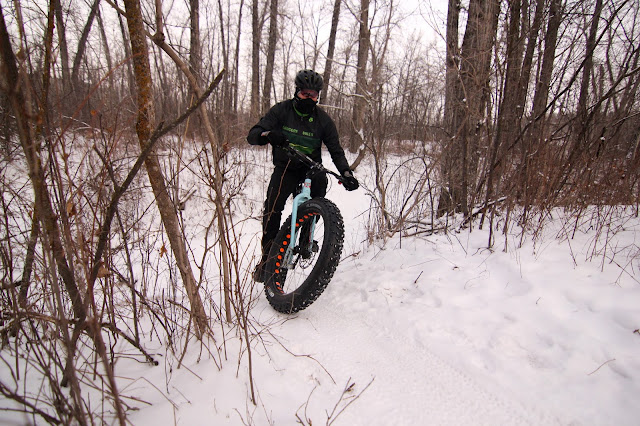 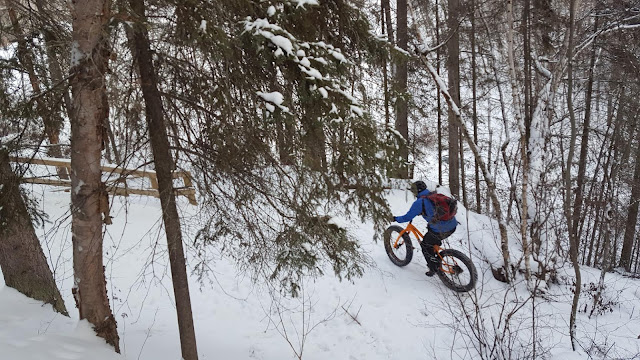 A meet-up with Jason this morning in Edmonton's newest reclaimed mountain bike paradise as proclaimed by me!

Terwillegar Park was the start but we left post haste and crossed the new bridge into Oliskew where, Flat Pete which I'm sure will be a regular on here was ridden. In fact I foresee readers of this here blog rolling their eyes in a overemphasized way whenever Flat Pete is mentioned by mid July.

The ride continued into Patricia Ravine where we climbed up into the Wolf Willow trails and I must say they were in most excellent condition. Much better than this ride a couple weeks back. Hard packed from lots of walker but sadly no bike tracks...

Guys.. Really? Why aren't you out riding this?

Jason described it best by saying, 'Its a lot easier than the Summer but yet a lot harder.' I couldn't agree more. The snow covers up all the roots making things quite smooth but yet the snow can be a havoc to climb on the steep power climbs. 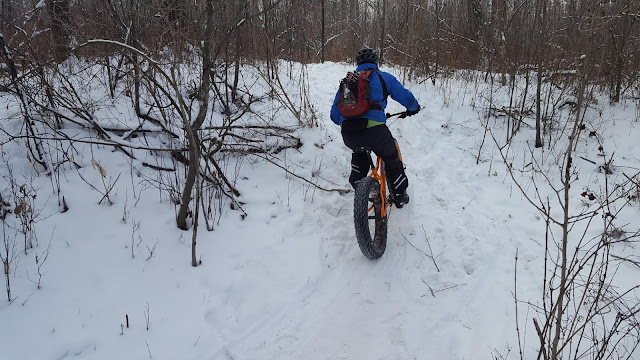 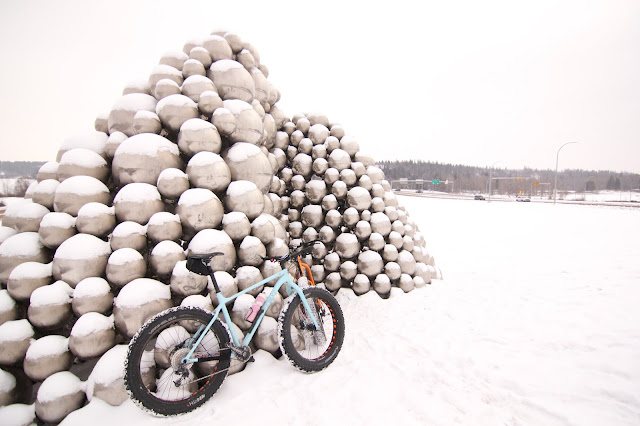 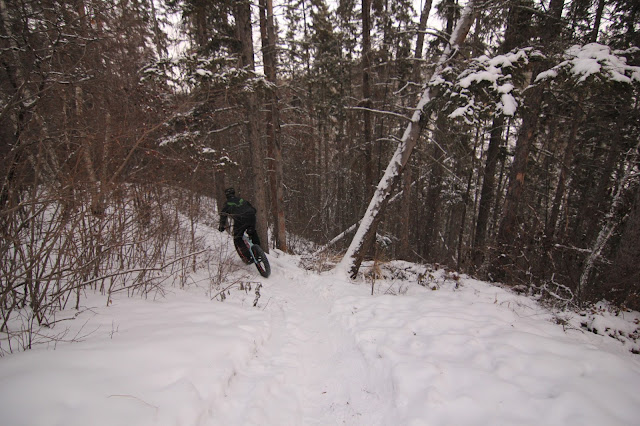 The ride through the houses on the way to the pedestrian bridge crossing the Whitemud was a repeat of yesterday. I soon became chilled. Well legs and lower back and you can see why my back suffered in the third pic up from here as my back pocket kept coming out thanks to carrying the lobster gloves as a back up in case I started freezing.

Jason was his usual self and powered on ahead and soon we were back in the valley crossing the Quesnell bridge on the way to shiny balls!

I paid my respects to the shiny orbs of power and we were soon back motoring through the Fort Edmonton multi use where we encountered the only dickhead of the day walking in the middle of the trail and not moving over in the slightest. Not even an acknowledgement of our arrival as I watched Jason ring his bell and pass him in the rough snow. Really no big deal with these bikes. So I sped up and tried to surprise him by passing fast and hard on the left.

I'm sure to him it was like the scene in Top Gun when Maverick buzzes the tower and scares the shit out of the flight controller. Yes, I would have not wanted to be that guy as I sped by him at a whopping six kilometers an hour!

A quick rest on the Fort Edmonton footbridge and we were back on Flat Pete where the cold started getting to me. There I go... I mentioned it again! Flat Pete! Oh the humanity! 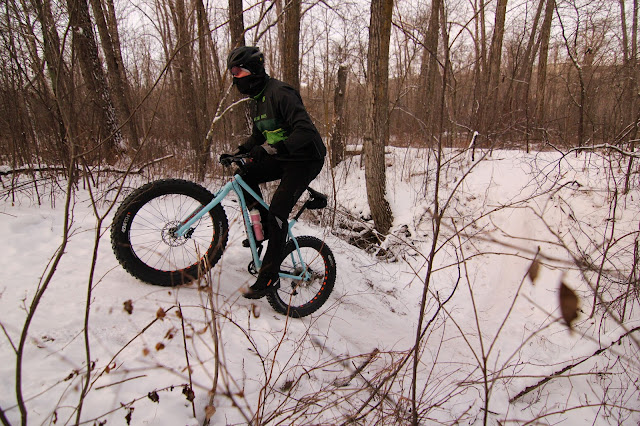 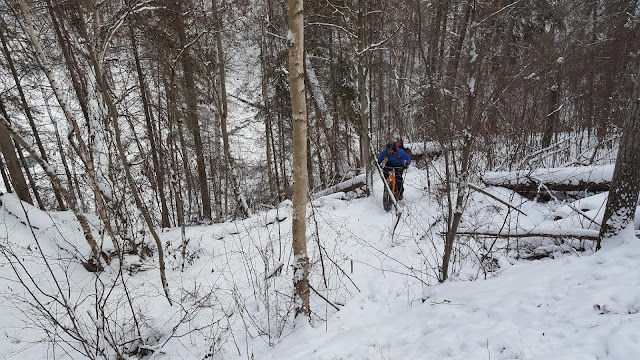 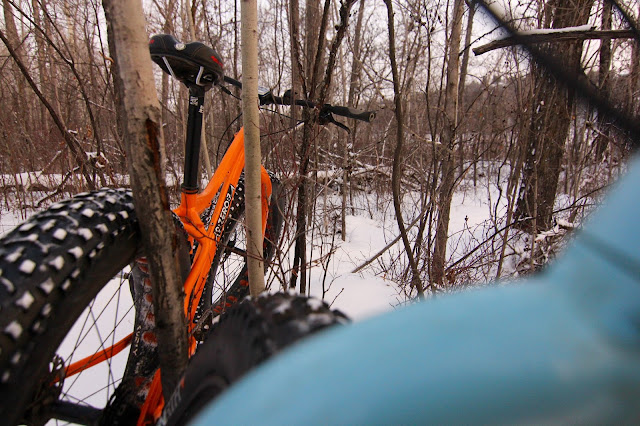