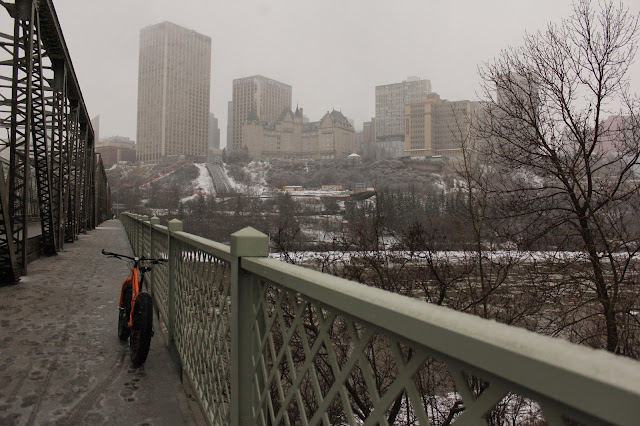 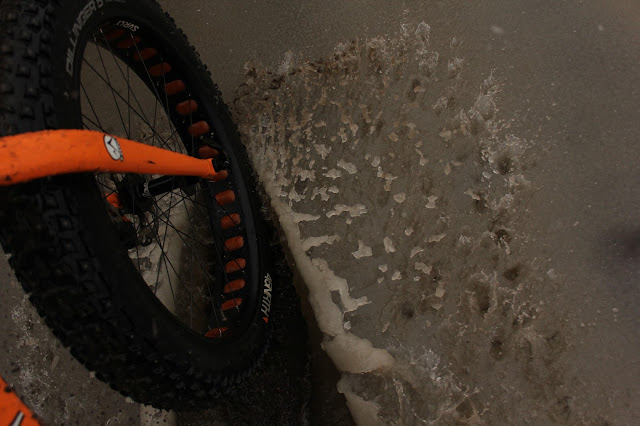 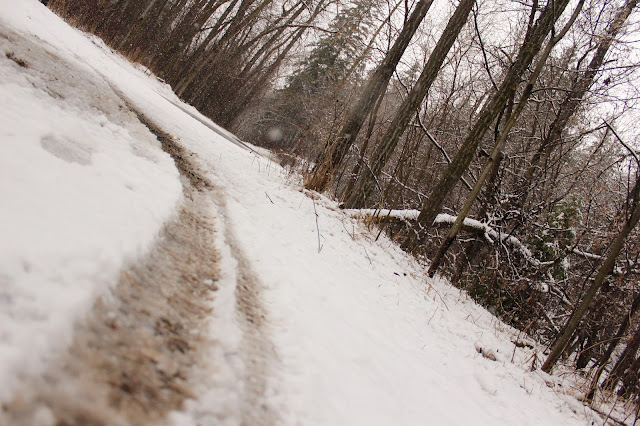 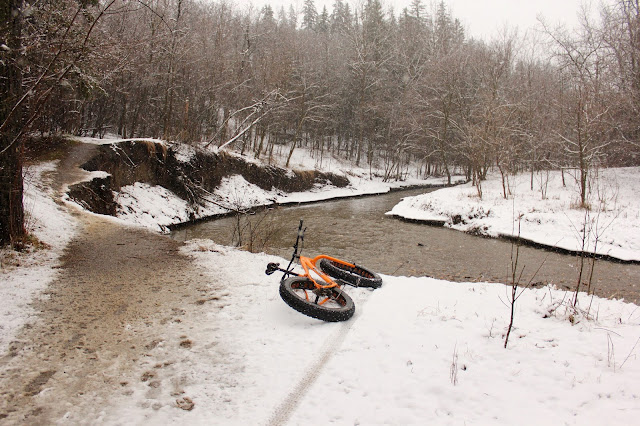 Whatever it was I was thinking when I looked outside and saw the snow and instantly thought 'FatBike!' Was clearly not a well planned thought out train of thought. I knew it would be shitty out there but my brain would not let me think rationale.

Within one kilometre of this ride from Mill Creek pool I was soaked. The wet slushy snow was thrown up via the fat tires creating a cataclysm of cold wetness hitting my poor spring bike tights and soaking through.

Nothing was good today. From the multi use to the paved it was pure non stop grossness, sadly I was even dumb enough to try a small section of singletrack which was nothing but a small river for the  most part. So I walked it.

Once out of the ravine I had nowhere to go. I wanted to just turn around and head back to the Jeep but I figured I came all this way and even set the fat bike up by taking it out of season retirement. A huge mistake. Today was the absolute epitome of shit bike riding.

So I ended up downtown and rode by the Oilers arena. I felt I should give them a bit of good luck as they always seem to win when I go by there on a game night. So when they win tonight, you know who to thank.

Tracks were set to home and that is where the cold sunk in. It was a miserable. My 45North shoes were full of water. You could feel the water going back and forth with the motion of the pedal strokes.  The jacket was soaked right through. The camelback was even a ball of wet fabric, thankfully the camera stayed dry inside the wet cocoon.

This makes tomorrow a definite challenge to get out. How sad.

Not going to complain though. It's only April. What does one expect for weather in central Alberta?