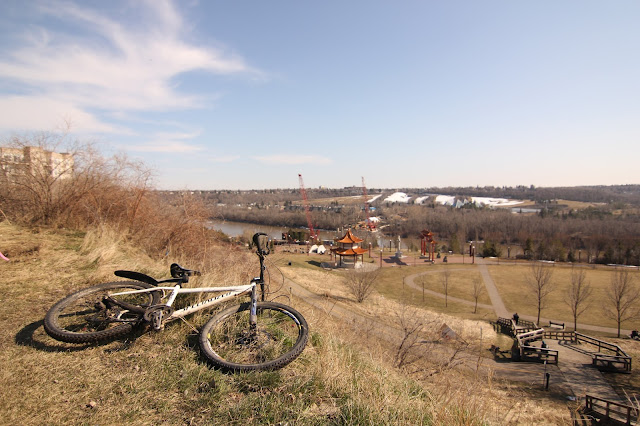 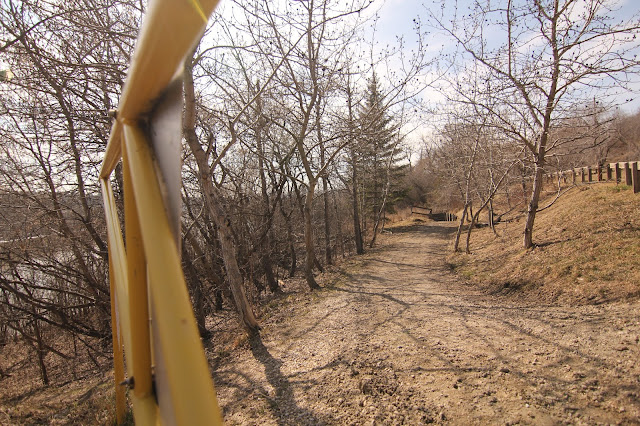 A ride from the Science Park with the potential of becoming something much bigger than it was as without thinking about it, all the bridges were crossed which sparked the idea of a long bridge ride on a beautiful Wednesday afternoon.

Sadly though my bike had other ideas and a very loud creaking sound rang out loudly from the bottom bracket area. So loud in fact flocks of birds flew away from the trees as I approached. Deer ran away. The homeless fled into their tents.

I stopped right after Capilano bridge and had a look and found that my crank bolts had all become quite loose. Inside and out. After tightening them I hopped on and the streak was still there.

The shit bike almost ended up in the river at that moment.

I said to hell with it and put headphones in. You could still hear the noise over the headphones and it drove me absolute bat shit crazy. That's when I pulled the plug and decided to climb out into town and head for home the quick way on the paved trails beside the LRT tracks.

Through some sort of downtown miracle once up into town the creaking stopped. Could it have been the loose bolts? All signs point to yes. A bit of time spent at home taking them out and adding a little grease sounds like a good idea.

Overall, the ride was uneventful. Typical Spring time pavement riding. A shame I didn't stay in the valley. Way to go shit bike.. Way to go... 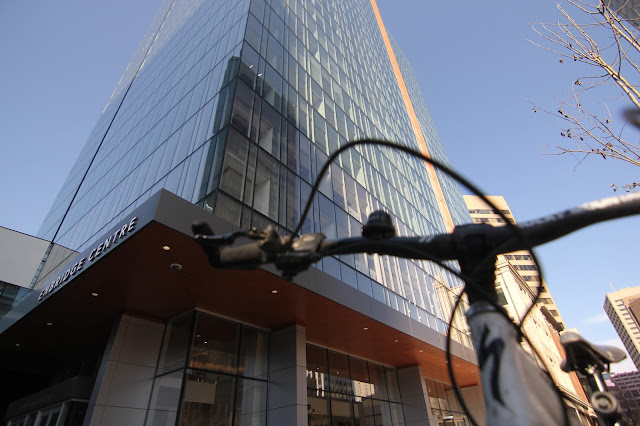 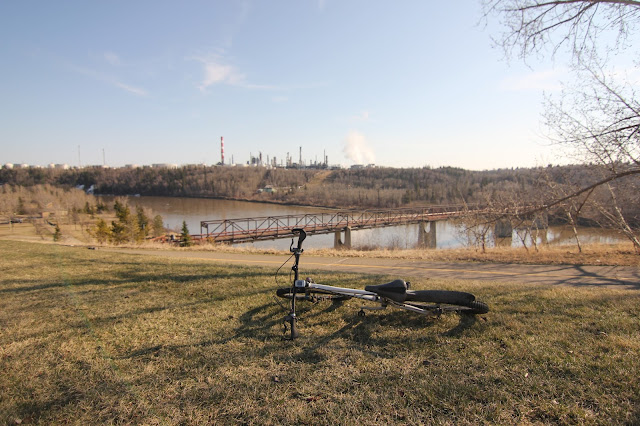