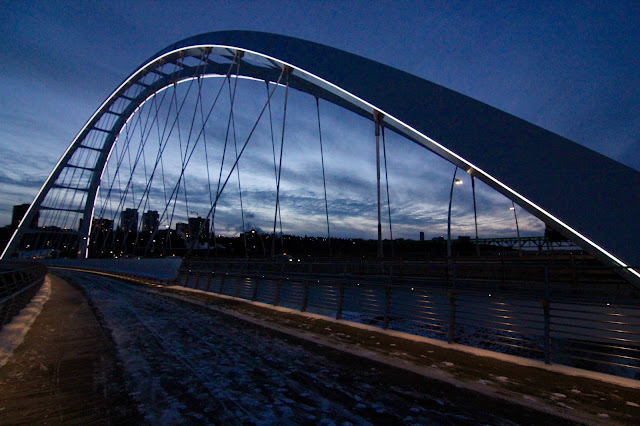 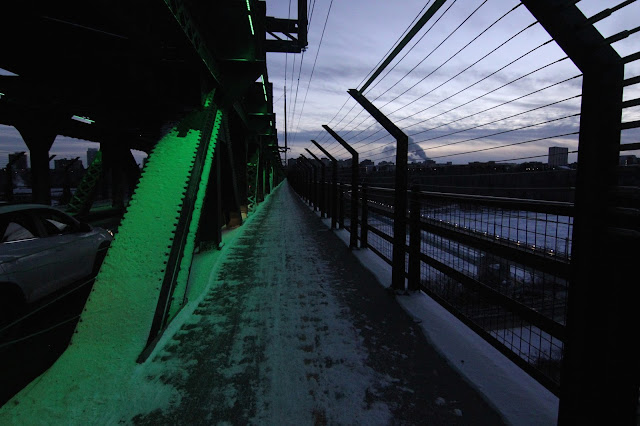 After a rather rough night I woke up in the early afternoon and after a couple cups of coffee knew a bike ride was in the cards. Even a short ride which I knew this one would be, it had to happen. My Christmas lounging had taken it's toll and my sloth status was at an all time high. 'Rough night?' You ask. Ok Judgy McJudgealot, It wasn't what you were thinking. My mind cannot quite figure out if it should stay up all night or all day. Every now and then I wake up at two or three after going down at midnight and stare blankly at the ceiling wide awake. A huge part of me wants to get into the Jeep and drive around with a camera but that would wake the family. Hence YouTube and the iPad is the entertainment until six when I finally go to sleep again.

I'm quite certain my pre ride eating traditions need some refinement. I opened the fridge and found a large steak which became my pre ride meal. Nothing else was had, I washed it down with coffee and after wasting copious amounts of time looking for my ultra cold riding gear I was out the door. I knew it was late and the sun was dropping and I had no lights. Ugh..

The ride that didn't even make the minimum requirements for distance to be posted will be posted anyways due to low content. Again... Winter slothfulness is too blame and I don't care one bit.

Kinsman took me up into the hills where a bit of singletrack was ridden to see how the ice was after the snow. All in all for the short amount ridden. It was pretty good.

High Level was crossed after the climb out where the steak I had earlier was sitting in my gut like a large bag of sawdust. I could feel it talking to me telling me it was going to take me down if I didn't turn the bike around and head straight home to watch Dukes of Hazard reruns. I kept going but once across the bridge and the chill of the air got to me on top of the gut rot I decided Walterdale was a good return and that's what I did.

In the end. Super lame ride, but still.. Got to ride a bike today. 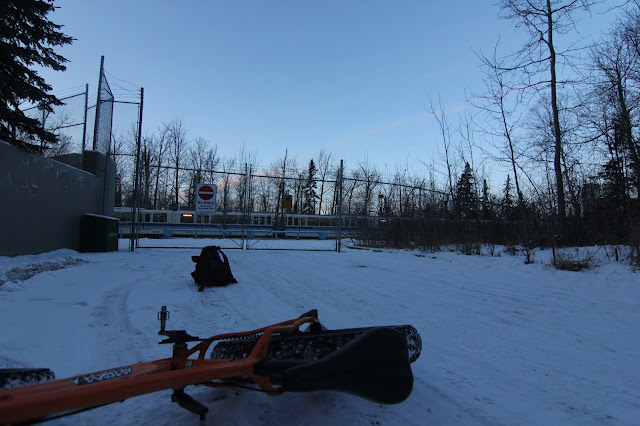