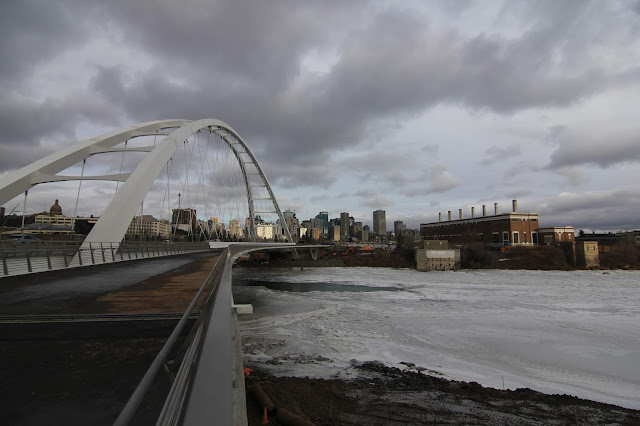 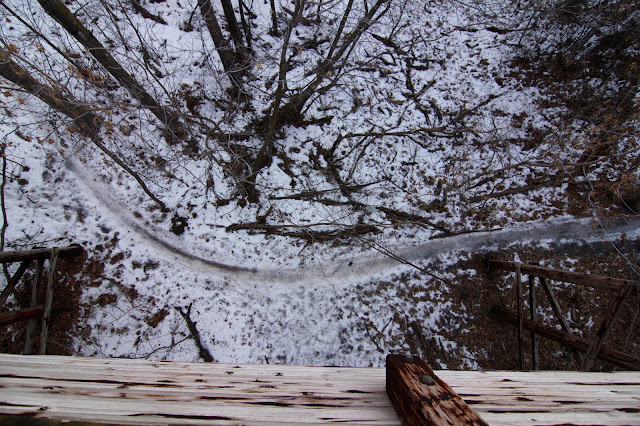 After reading last night that the east walking side of the Walterdale was opening this morning I knew what must be done today. A ride that featured the new bridge was in tall order. Where to start the ride though? A closed eye Google earth point told me I'm starting at Capilano Park.

The ride today was all paved. A theme I did not want to get into while back home but with the trail conditions I had no choice. I'm sure some of the multi use and even singletrack is rideable but with the light skiffs of snow we have had hiding the ice I want to get to Christmas sans casts.

The plan was to ride all the southside and have the Walterdale boomerang me back around and take the north side back. The ice wasn't nearly as bad as I noticed it yesterday. It could have been a return where tired eyes exaggerated things. That being said the ice is there. If you are reading this you probably ride in the valley lots (if your local) and you know all about the conditions and what to do, hence I won't bore you.

I arrived at Walterdale or 'Sexy W' as I like to call it. Well I did just come up with that name now. The signs of construction in the area make it seem like you should cross the road and ride the west side across which is what lots of people did in the area (suckers) and I had the brand new east side all to myself.

My inner bridge nerdiness came out strongly and I was quite impressed with the design of the walkway which looks like it matches the arch of the bridge going up. A wooden walkway on the right with concrete on the left with a ton of room to walk, ride, dog walk, skip, jump rope, play hopscotch... You get the idea. It's roomy. In fact a couple construction workers caught me lying in the middle with arms and legs outstretched moaning loudly at how roomy the walkway is. It was weird for them, I'm sure but I was caught in the moment.

Whats that you ask? How does it compare to other bridges? A definite top contender for best crossing in Edmonton. When you cross and see the downtown skyline with the old Rossdale power plant. Brothers, sisters, that right there is top notch. 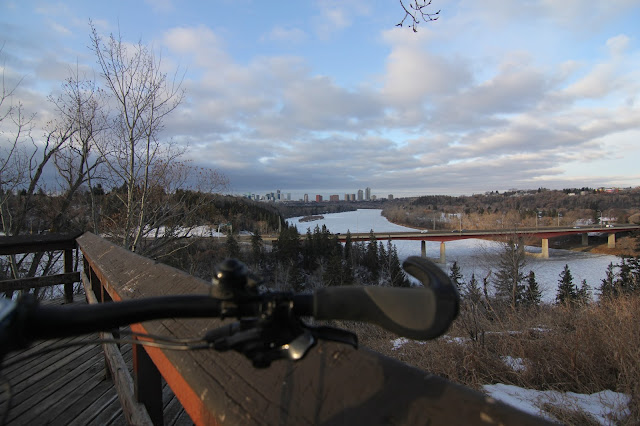 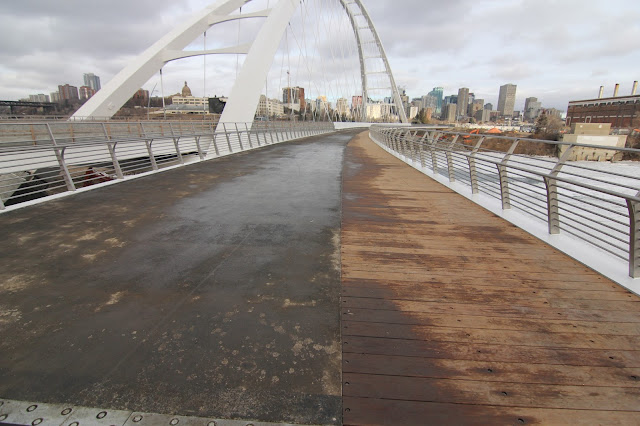 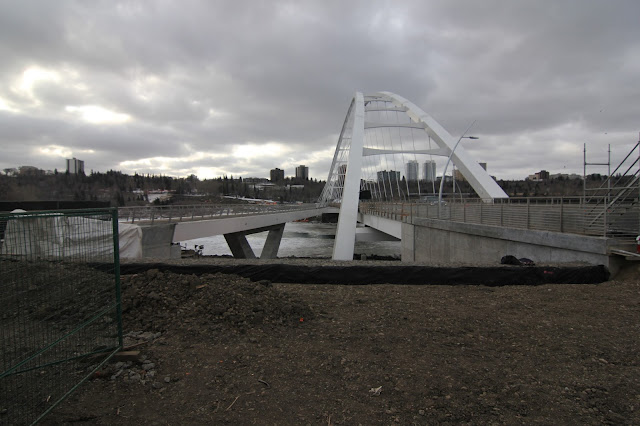 Some notes on programming:

After some heated meetings with lonebiker executives the comments are pulled (sorry Gord). We discovered quite a few people were going on and shitting all over the place with spam. That didn't sit right with me and I'm not going to moderate and approve comments to be posted. That is pretty lame.

This will most likely be the last ride till Christmas. With no shopping being done and Christmas eve at the in-laws there is literally no time. We hope to have a special Christmas eve beer review done which will be posted the night of rather than the delayed postings as of late, but I like how those work.

So here is hoping for a special Christmas Eve Beer Friday post! Wouldn't that make your Christmases  incredible!