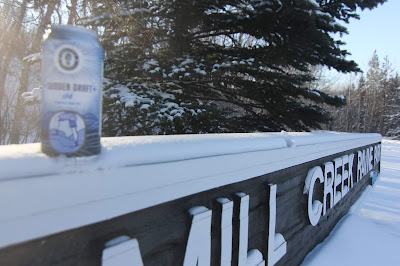 Endeavour Brewing. A local homegrown brew from St. Albert, Alberta. Easily the nicest little area in the Edmonton region. St Albert is the one place you can drive to in the summer where you will feel like you are a long ways away. From it's amazing parks and vibe. If you are visiting in the Summer I advise you to go and check out the farmers market. It's a white people paradise. The bike situation? Never ridden and doesn't look too great but you have the Edmonton river valley right next door so what is there to lose?

You reading this Beaumont? That's right, you suck!

This brew is part of a six pack that was gifted from family. All six are local brews which was a hell of an idea. In fact I am standing at attention in front of the computer and applauding at this very moment. Godspeed Sheri's sister... Godspeed.

Or was it her husbands idea?

I should pay more attention to these things.

The pour gave a nice two fingered head that was reduced to one finger after a few minutes and the froth stayed. It wanted to hang on like a desperate rock groupie waiting for the band in the back alley, even though the band left hours ago. Seriously? What is with the head on this one... Quite spectacular. We finally had a sip and the first thought was this one is clean, fresh and riddled with summer flavour. So why am I drinking this on the downside of one of the longest cold snaps we have had in Alberta? That's right, I gotta fire some more interns and maybe a couple executives.

A few more sips were had and this one delivered strong. A strong citrus smell emanates from the glass making one dream of summer barbecues and post ride beer infused bike cleanings.

More tastes of citrus and a slight touch of hops. The mouthfeel is very easy going and once down you want some more. This one is very easy to drink which could spell trouble. At 6.7% you might end up in the back alley with your pants undone. So that means ya snowflakes take it easy with this one! 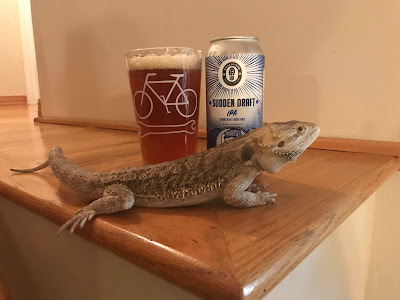