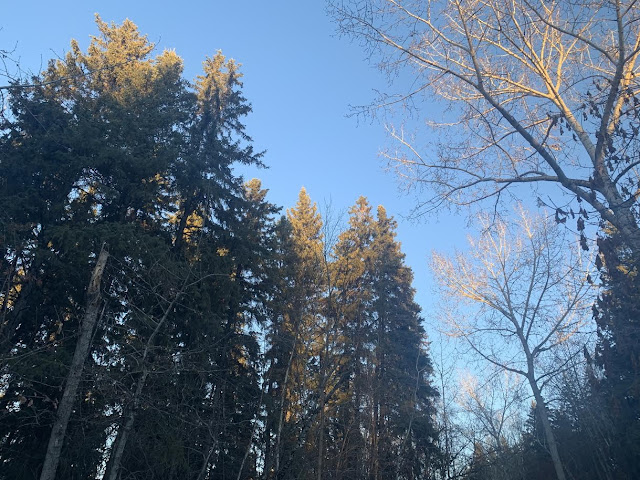 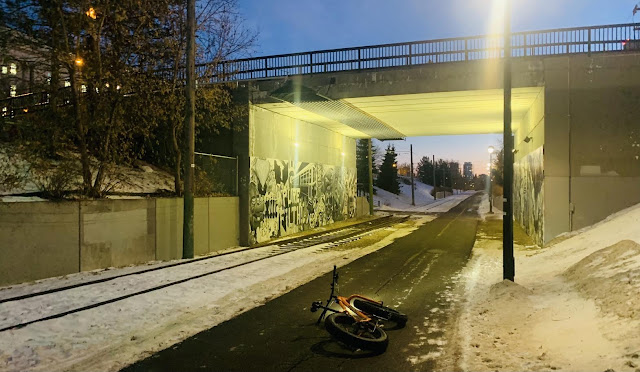 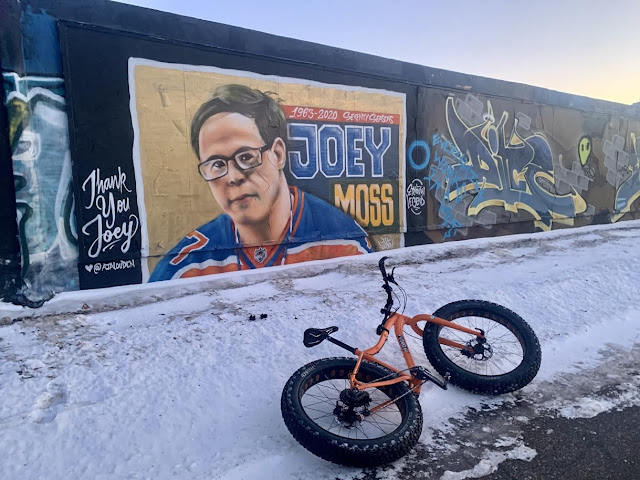 It was completely pointless for me to throw on the lights today but I did cause I wanted to be prepared. My planned Elk Island ride last set off was sadly ruined as I showed up too late and without lights. If I had lights things would have been top notch so that was the thinking for today.

Oh my Lord... I am pretty positive that is the most boring opening to a Lonebiker bike post that has ever happened.

Hey man.. You come here and write these after every ride.. Well I guess I could talk about the ride I was on tonight. Hey, that is a hell of an idea!

The ride from Kinseman took me eastward from the parking lot and it felt odd as I don't think I have ever headed east straight from Kinseman before. The temptations of the close singletrack or crossing the mighty Menzies can be too much I guess.

I did get that great Canada Cup singletrack running right next to the river. It was there in all of it's glory heavily rutted out from all the fat bikes. Any sort of resemblance of a downhill had ruts in it. Guys, I do know this pandemic is bringing lots of new people to the trails but this is what we have to put up with now...?

The ruts were really only bad on that one trail and as I headed down the river I rode Old Timers, the Cloverdale Detour and Holy Trail up into mid Ewok and things were somewhat ok. It's not pristine but I will take this over the ice death trails which we usually get every year.

I crossed the amazing Dawson Bridge and rode some new singletrack in the Dawson park area before climbing up and out and into Edmonton's downtown where I bee lined it for the Lrt tracks as there are safe paved paths there in the darkening sky. Well... Safe from cars at least. This area is sketchy as fuck.

I soon found Rogers and some empty streets where I found a bike lane that saved me all the way to the paved paths taking me to the High level where I gracefully crossed and had my first big crash of the new year when some steep downhill singletrack was attempted trying to avoid tha paved.

It was steep, it was slippery. I somehow went over the bars ahead of my bike and I slid down the hill to the bottom. My bike trailed closely behind me.

The ride was over after a short downhill ride to the Jeep. 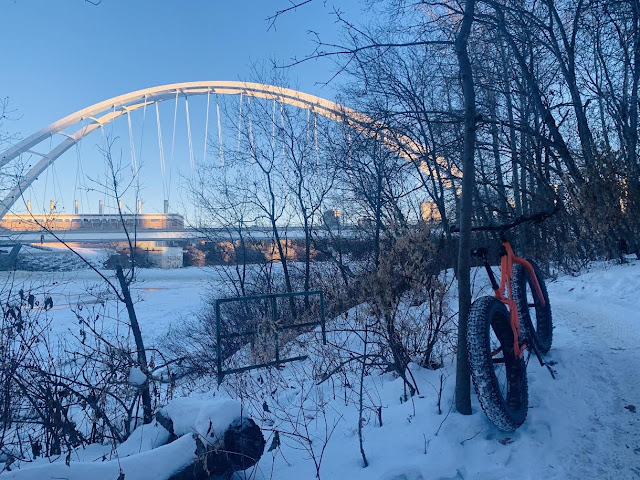