Not a bad way to spend a Tuesday


Well , I did today what I wanted to do yesterday . I started in the Science Park as opposed to Cameron Heights, after yesterday`s pathetic attempt at a long ride I had a rather bad taste in my mouth about that place .

One thing I wanted to do was check the gps . I heard that gps units don`t measure true distance unless you have a cadence/speed sensor which was  a little odd . This ride  on the Mojo in April always made me wonder how many lost km`s there were . So I threw on one of the computers and tracked it with that as well . ........... O.K , now I have bored all of you ! And dammit ! I`m sorry !
The tracking below .....To compare , the computer tracked 71.52 km as opposed to 67.67km on the gps


You thinking what I`m thinking ? How come I didn`t hit Mill Creek ? It`s a good question , I felt alot better then that end to end ride in April , but today I passed by it twice and never even thought of heading up there . Strange! I did hit Mckinnon (Mill Creek`s little sister) so it wasn`t all bad .

I know there are longer routes then this . I just wanted to do this one again , I have been flirting with the idea of an end to end run starting in Beaumont . That would be good but there would be a ton of road riding which I would not like .......at all !

A ride with promise of something a bit longer than my usual fifteen km or so rides that I seem to be averaging lately was limited to fifteen... 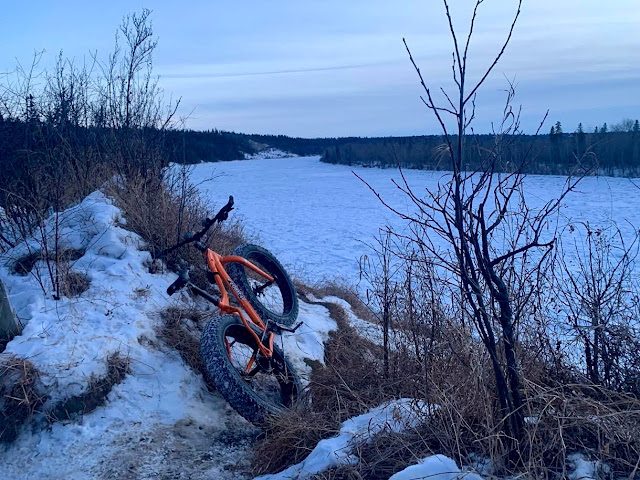